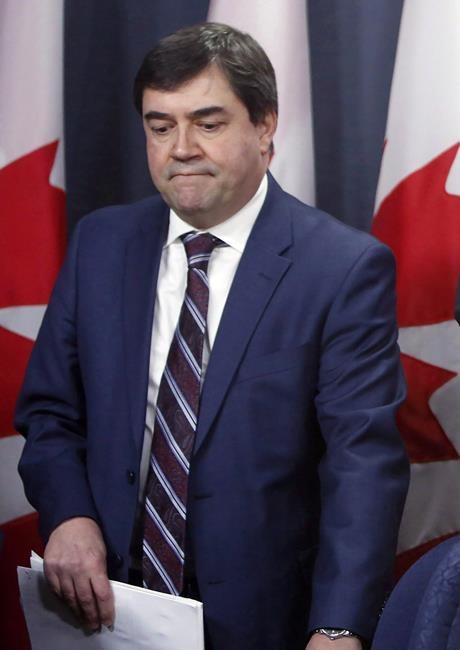 OTTAWA — Justin Trudeau's national security adviser is on the verge of retirement — although insiders insist it has nothing to do with the controversy over his suggestion that factions in India's government sabotaged the prime minister's trip there in February.

Daniel Jean notified the government in January — well before the furor erupted — of his intention to retire, said one source familiar with the matter. Another insider echoed the notion that Jean's plan to leave predates the current controversy.

Both sources spoke on condition of anonymity because they weren't authorized to speak publicly about the matter.

A spokesman for the Privy Council Office, the bureaucracy that serves the Prime Minister's Office, would not confirm or deny Jean's impending retirement, saying PCO does not talk publicly about personnel matters.

Jean did not respond to requests for comment. His intended departure date — and how it may or may not have been impacted by the current controversy — remains unknown.

Jean, a veteran diplomat and former deputy minister of foreign affairs, has served as Trudeau's national security adviser since May 2016.

He's been at the centre of a political uproar over Trudeau's trouble-plagued trip to India after giving a background briefing to reporters in which he suggested factions in the Indian government were behind the embarrassing revelation that a convicted attempted assassin had been invited to two prime ministerial events.

Jaspal Atwal, a B.C. Sikh convicted of attempting to assassinate an Indian minister in 1986 during a visit to British Columbia, was photographed at one event in Mumbai with the prime minister's wife, Sophie Gregoire Trudeau; his invitation to a second event was rescinded after news of his presence broke.

During the briefing, Jean advanced the theory that rogue factions in the Indian government arranged for Atwal's presence in a bid to prevent Prime Minister Narendra Modi from becoming too cosy with a foreign government they believe is sympathetic to extremist Sikh separatists.

At the time, reports attributed the theory to a senior government official, but the Conservatives quickly outed Jean as the official in question. They have been demanding ever since that Jean give the same briefing to MPs.

The Liberal government initially rejected that demand, offering up only a classified briefing to Conservative Leader Andrew Scheer.

However, last week Jean offered to testify openly before the House of Commons' public safety and national security committee, in addition to giving a classified briefing to Scheer. He is scheduled to appear before the committee on Monday.