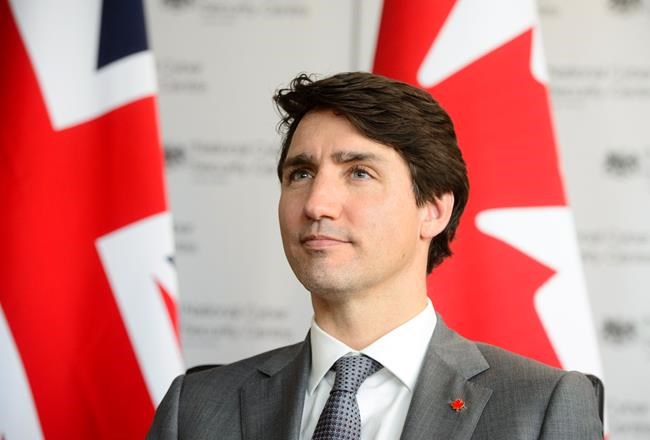 OTTAWA — The Trudeau government is rejecting a call from its own backbenchers to decriminalize all illicit drug use in Canada — just days before Liberals are set to debate the idea at a national convention in Halifax.

A so-called priority resolution put forward by the national Liberal caucus for debate at the convention calls on the government to treat illegal drug use as a public health issue, not a criminal issue.

It urges the government to adopt the model instituted in 2001 in Portugal, where treatment and harm reduction services were expanded and criminal penalties eliminated for simple possession and consumption of illicit drugs.

Anyone found in possession of an illegal drug in Portugal is ordered to appear before something called a dissuasion commission, which can refer the person for treatment or impose administrative sanctions, such as fines.

But Health Minister Ginette Petitpas Taylor said Wednesday that what works for a small country like Portugal wouldn't work in a large country like Canada, where 10 different provinces have sole responsibility for delivering health care.

"I recognize there's a lot of comparison with Portugal and Canada but I think we have to develop the Canadian model here," she said following a Liberal caucus meeting.

"We have to deal with the realities on the ground. We have ... many provinces and territories and we have to look at what can work for Canada."

The government is poised to legalize recreational marijuana this summer but Petitpas Taylor noted that Prime Minister Justin Trudeau has repeatedly said he won't take a similar approach to other, harder drugs.

"I have to say our prime minister has made it clear that this is not a direction that our government is intending on going down."

The resolution, billed as the way to combat the opioid crisis, is one of 30 to be debated at the convention on Saturday. From those 30, Liberals in attendance will vote to choose 15 resolutions that they want the party to include in the platform for the 2019 election.

None of the resolutions are binding, however.

Toronto MP Nathaniel Erskine-Smith, who has been at the forefront of the Liberal backbench push to adopt the Portuguese model, was not discouraged by Petitpas Taylor's dismissal of the idea.

"Minister Petitpas Taylor is one voice at a convention," he said in an interview. "Every voice is equal at a convention. That's why we have conventions, for the Liberal membership to endorse policies and really to set future agendas for our party."

Erskine-Smith noted that Trudeau initially opposed marijuana legalization but changed his mind and he predicted the prime minister will change his mind on the Portuguese model as well.

"He's someone who is willing to be convinced by the evidence and keeps an open mind and will follow the evidence on important public policy issues,"  he said, adding that there are already a raft of expert voices in favour of decriminalization.

Among other things, Erskine-Smith pointed to an open letter to Trudeau, MPs and Liberal convention-goers from the National Alliance for Evidence-Based Drug Policy, which calls on the party to adopt the resolution — which the alliance calls "sensible drug policy."

"We urge you to be the progressive government you promised to be, choosing human rights and evidence-based policy over ideological relics," the letter says.

In a policy paper published this week, the Canadian Mental Health Association declared "decriminalization is the key to solving the opioid crisis that is killing thousands of people." It argued that criminalizing drug users stigmatizes them, discourages them from seeking treatment and further marginalizes the poor and socially disadvantaged.

"The war on drugs doesn't work and it's time we lay down our weapons and start getting people help," said Dr. Patrick Smith, the association's CEO.