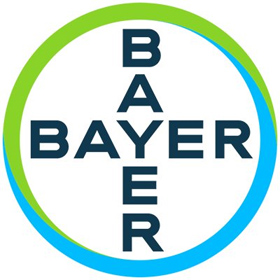 Bayer Crop Science is making the scientific data behind the development of its agricultural products available to the public to try to build public trust in the science behind them, says Paul Thiel, the company’s Vice-President, Product Development & Regulatory Science.

It’s also making a more concerted effort to explain the importance of its products to farmers trying to grow crops and to consumers who might consume them, he told the Commons agriculture committee.

“Ensuring we have public trust in what goes on the farmer’s land and what winds up on the grocery shelf is of paramount importance,” he said. In the past, the agriculture supply sector tried “to hide behind the cloak of scientific data that the government has and everybody should trust us.

“We have to be more open and transparent, which we’re trying to do because notwithstanding the role of science and we talk about science-based regulation, that’s only part of the process.”

He was responding to Alberta Conservative MP Earl Dreeshen who said, “Industry has to be challenged with going in and getting the right messages out there, because otherwise you’re going to see these fancy lessons put up from all these activist groups about how farmers are doing evil things to animals and how all of these things are causing problems around the world, and it’s all complete nonsense.”

Through its website www.cropscience-transparency.bayer.com, Thiel said Bayer’s transparency initiative is making available “our environmental safety and human safety studies, which we submit to the authorities and which are generally considered to be protected information under the guise of the regulations within the country.”

Bayer decided it was “important to try to get our science out there alongside the other scientific information that is being presented, because we have not been putting our science in front of the public.”

To better explain the use of its products, the company has launched a program called benefits beyond efficacy. A consumer may want to know about an insecticide to control flea beetles on canola, he said. It might work fine for the grower but the company needs to explain its role to the consumer.

“We’re trying to look more holistically at the role of our products on the farm, and off the farm as well. We’re trying to create the story of value and arrive at a more trustful relationship.”

Thiel said the federal government “could do more to get the public to have trust in the regulations that are in place. We have a very good, sound, and science-based regulator with a global reputation. It’s one that our citizens of this country should have trust in.

“But they question it, partly because the Pest Management Regulatory Agency’s re-evaluation process does not afford an opportunity for registrants or other affected stakeholders to address potential risk concerns prior to the publishing of these proposed re-evaluation decisions,” he said. “This is unacceptable as it sends an unclear signal to foreign jurisdictions and can erode public trust both at home and abroad.

“Furthermore, to increase public trust in our regulatory processes, we would ask the government to allocate resources to improve communication efforts to the general public on how these processes are used in Canada and how these decisions are made by our regulators.”

Through the website, Bayer is making available safety-related study reports for a significant number of active substances and will start to enable non-commercial access to the respective safety-related study reports, commencing with reports on the controversial neonic pesticide imidacloprid. Background material such as videos and infographics are provided to help put regulatory science into context to foster an open and transparent dialog.

“As conflicting accounts about the safety of food or technologies are making it difficult for people to separate fact from fiction, this Bayer initiative is an important step towards increased transparency,” the company said. “By sharing safety data, which was previously only shared with authorities, we hope to connect the public with our scientific community in a way that builds trust and shows our desire to further create transparency.

“We want non-commercial interested parties – from a concerned citizen to a member of the scientific community – to be able to access safety-relevant information in a way that is quick and easy to understand, so that they can base their opinions on scientific data.”