Looking to the sky: B.C. company says it is sucking carbon from air, making fuel 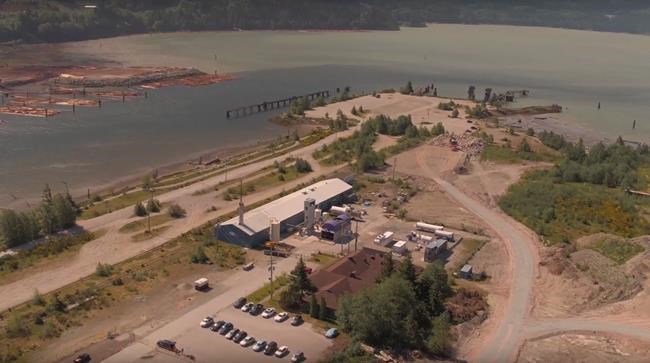 It sounds like spinning straw into gold: suck carbon dioxide from the air where it's contributing to climate change and turn it into fuel for cars, trucks and jets.

A British Columbia company says in newly published research that it's doing just that — and for less than one-third the cost of other companies working on the same technology.

"This isn't a PowerPoint presentation," said Steve Oldham of Carbon Engineering. "It's real."

As policy-makers work on ways to try to keep global warming within the two-degree limit of the Paris agreement, fears have been raised that carbon dioxide emissions won't be cut fast enough. Some say carbon will have to be actively removed from the atmosphere.

In an article published Thursday in the peer-reviewed journal Joule, Carbon Engineering outlines what it calls direct air capture in which carbon dioxide is removed from the atmosphere through a chemical process, then combined with hydrogen and oxygen to create fuel.

"If these aren't renewable fuels, what are?" said David Keith, professor of applied physics at Harvard University, lead author of the paper and principal in Carbon Engineering.

At least seven companies worldwide are working on the idea. Swiss-based Climeworks has already built a commercial-scale plant.

It costs Climeworks about US$600 a tonne to remove carbon from the atmosphere. Carbon Engineering says it can do the job for between US$94 and US$232 a tonne because it uses technology and components that are well understood and commercially available.

"We're tapping into existing industrial equipment and then defining a new process and applying some unique chemistry to it," said Oldham.

Carbon Engineering's plant in Squamish, B.C., currently pulls about one tonne of carbon a day from the air and produces about two barrels of fuel. Since its components are off the rack, it should be easy to scale up, Oldham said.

"We've bought the smallest scalable unit of each piece of technology we have."

Carbon Engineering's fuel costs about 25 per cent more than gasoline made from oil. Oldham said work is being done to reduce that.

Because the plant currently uses some natural gas, by the time the fuel it produces has been burned it has released a half-tonne of carbon dioxide for every tonne removed from the air. That gives it a carbon footprint 70 per cent lower than a fossil fuel, he said.

That footprint would shrink further if the plant were all-electric. And if it ran on wind- or solar-generated electricity, the fuel would be almost carbon neutral.

"Solar and wind power have got amazingly cheap, but only in really great sites and only when the wind is blowing and the sun is shining. That cheap power doesn't magically make an airplane go from Winnipeg to Halifax.

"What you need is a way to make a fuel in a place where you've got really cheap low-carbon power, and that will power the airplane. That's the core idea here."

Putting a price on carbon has been crucial to Carbon Engineering's development, said Oldham.

"We would not be in business if carbon pricing did not exist."

Carbon Engineering's next step is to build a full-scale plant. That'll take about 2 1/2 years, said Oldham.

One of the great benefits of making fuel from air is energy independence, said Oldham.

"Any country, any region, can have its own fuel. They'd be no longer dependent on the geopolitical situation if Country X has oil and Country Y does not."