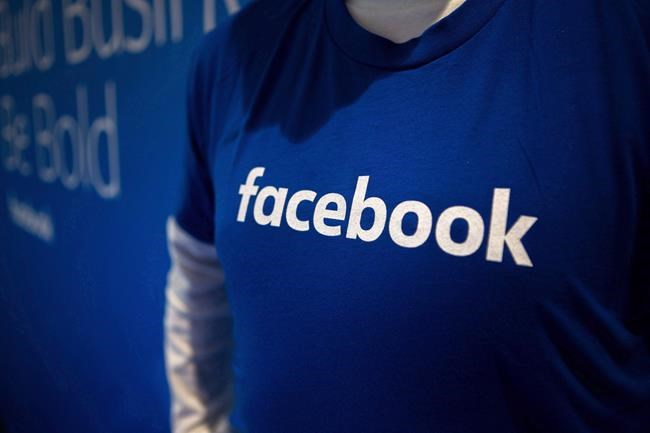 OTTAWA — A senior executive from B.C.-based AggregateIQ spent three hours Tuesday denying pointed accusations that his company had misled MPs looking into Canadian links to an international controversy over the sharing of Facebook data.

On two separate occasions, AggregateIQ has been accused of lying to a federal committee about its connection to British political consultancy Cambridge Analytica, which has been accused of improperly using private information on millions of Facebook users to influence voters in the U.K.'s 2016 Brexit referendum.

The company's chief operating officer, Jeff Silvester, insisted the company did nothing wrong when it helped groups pushing for the U.K. to leave the European Union with online advertising campaigns — and he seemed taken aback by accusations that his company was involved in illegal activity.

"I know I'm telling the truth and I've always told the truth. I don't know why he's saying some of the things he's saying," Silvester said.

It was Wylie's allegations earlier this year that first connected AggregateIQ to the Facebook data scandal.

Nearly 87 million users, including 622,161 Canadians, had their information accessed by Cambridge Analytica without authorization, Facebook estimates. Wylie claimed the company used the information to build psychological profiles for political gain in the referendum, as well as in Donald Trump's 2016 presidential campaign.

Wylie has alleged that AggregateIQ drew on the Facebook data Cambridge Analytica held when the company worked on the Leave campaign, which eked out a victory in the referendum.

His claims sparked parliamentary inquiries in the U.K. and Canada, as well as investigations by the B.C. and federal privacy watchdogs.

Silvester and company CEO Zack Massingham testified before the Commons committee in late April, but left many MPs unimpressed. They were summoned anew following Wylie's appearance and recent testimony from a security researcher who claimed to have evidence contradicting the company's assertions it didn't harvest data like Cambridge Analytica.

Massingham had been scheduled to testify Tuesday, but didn't appear due to unspecified health reasons — leaving committee members to contemplate whether to hold him in contempt of Parliament, and Silvester to field their questions alone.

"What we're trying to do here is get at the facts. We have no axe to grind with AggregateIQ. Your evidence is as valuable to us as anyone else's," said NDP critic Charlie Angus.

"We're very frustrated because we felt the last time that your colleague, Mr. Massingham, was not forthcoming at all and we have a number of questions."

Silvester repeatedly said the company doesn't harvest data, and did nothing contrary to U.K. election laws. He also said that at no time was AggregateIQ a Canadian franchise of the Cambridge Analytica's parent company, SCL.

Silvester said the affair has been taxing on him, his staff, and former employees. He also said that if he had to do it all over again, he likely wouldn't have agreed to work with SCL.

"All the investigations, and media attention, and people camping outside our houses and ... the horrible messages that get sent us — do I want that? Would I wish that on my enemies? No."

Note to readers: This is a corrected story. An earlier version misspelled Jeff Silvester's surname.