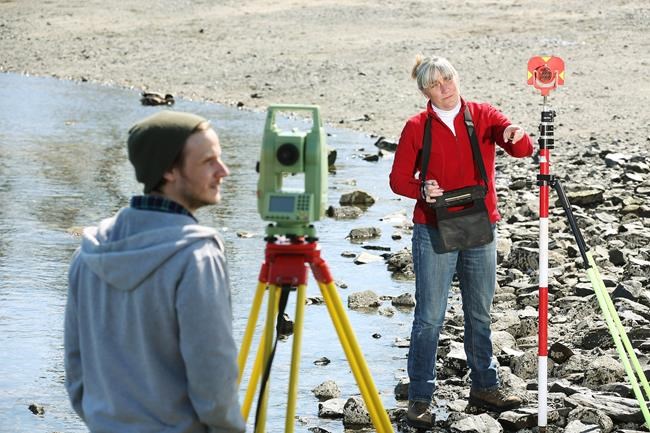 HALIFAX — At least four salt water marshes in the Maritimes are to be restored — some of them three centuries after early Acadian farmers first drained them using dikes — in a bid to help absorb the rising sea levels and storm surges caused by climate change.

Saint Mary's University will get $1.8-million in federal funds to restore 75 hectares of marshland around the Bay of Fundy.

Project leader Danika van Proosdij, a geography professor at Saint Mary's, said the marshes will be created by realigning and decommissioning dikes that were originally built by Acadian farmers about 300 years ago.

"The salt marshes are really the first line of coastal defence that protect the coastal communities that exist behind the dikes," Proosdij said after the announcement was made Monday at the Halifax university by Treasury Board President Scott Brison, who is also a Nova Scotia MP.

One of the restored salt marshes will be established along the Cornwallis River as it winds through Kentville, N.S., where a dike was breached by flooding earlier this month.

A second tidal wetland will be restored near the Nova Scotia-New Brunswick border just north of Amherst, N.S.

Last fall, Amherst's mayor raised concerns about the condition of the dikes and their ability to hold back rising sea levels.

Mayor David Kogon has said sea levels are projected to rise in the Bay of Fundy over the next two decades to the point where the narrow strip of land that connects Nova Scotia with New Brunswick will flood even when there is no storm surge.

The isthmus is about 20 kilometres across at its narrowest point. The dikes in the Tantramar Marsh were built by Acadian settlers for agricultural purposes in the 1700s.

According to a 2008 study, the isthmus was cut off for several days after a storm in 1869. The study predicted that the odds of that happening again are rising along with sea levels.

Proosdij said there are two other potential sites under consideration for restored salt marshes, but the final details have yet to be worked out. Those sites are along Nova Scotia's Annapolis River and around the Minas and Cumberland basins, which are at the east end of the Bay of Fundy.

The salt marsh project was one of four coastal restoration projects to receive federal funding on Monday. In total, Ottawa has committed more than $7 million over five years for these projects in Nova Scotia and Nunavut.

The Nova Scotia-based Clean Foundation is getting $2.4 to restore tidal wetlands on the Nova Scotia side of the Northumberland Strait, and $1.26 million will be handed to the Maritime Aboriginal Peoples Council for habitat restoration work. Dalhousie University in Halifax is getting $1.9 million to determine coastal restoration priorities in Nunavut, and to restore three priority sites.

"The importance of healthy and productive coastal ecosystems cannot be overstated," Brison told about 100 people who gathered for the announcement.

"Simply put, these ecosystems support the entire chain of marine life — from the smallest phytoplankton to the largest whale."

The federal money comes from the $75 million Coastal Restoration Fund, which was announced in May 2017, and is part of the $1.5 billion federal Ocean Protection Plan.