By John Ward and Mike Blanchfield, The Canadian Press — Jun 26 2018 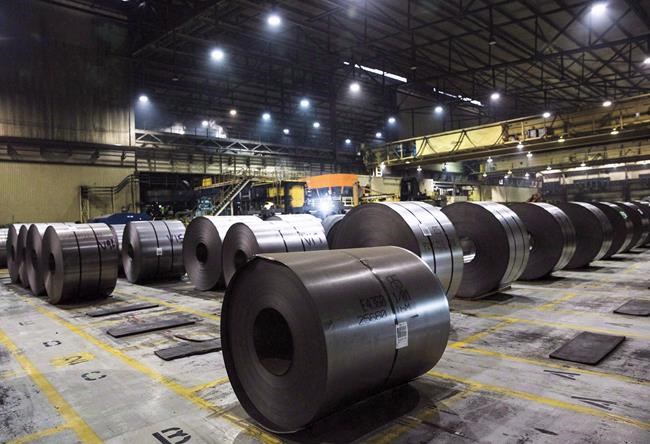 OTTAWA — Canada needs to stand its ground in its ongoing tariff fight with the United States, witnesses from steel companies, manufacturers and the steelworkers union warned MPs Tuesday as President Donald Trump continued to hint there could be more hurt to come.

A parade of expert witnesses at a special meeting of the House of Commons committee on international trade expressed solidarity with Canada's array of retaliatory tariffs, slated to take effect Sunday, as they urged Ottawa to take steps to protect and support affected companies and workers.

"We support the countermeasures announced by the federal government and believe that they must be comprehensive and immediate," said Ken Neumann, the United Steelworkers union's Canadian director.

And he waved off the notion that Canada should avoid provoking Trump.

"If you don't poke the bear, he's going to eat your lunch," Neumann said.

"Our member companies strongly support the government of Canada's announced intention to impose tariffs on imports of steel, aluminum and other products."

The real trouble lies down the road, they warned.

The prospect of an all-out trade war is no longer an abstract notion — it's a full-blown reality, said Jerry Dias, president of Unifor, the country's largest private-sector union.

"U.S. trade attacks on Canada are a clear and present threat to our national economy, period," he said.

And then there's Trump's ongoing threat to slap a 25 per cent levy on Canadian-made automobiles — a measure he brought up again Monday during a campaign-style speech before supporters in North Carolina, where he again slammed Canada's supply management system for dairy products.

"If you want to do that," he said, "we’re going to put a little tariff on your cars."

The impact of steel and aluminum tariffs would pale in comparison to that one, experts warned Tuesday.

"A 25 per cent tariff on cars and parts would cause what we like to call 'Carmageddon,'" said Flavio Volpe of the Auto Parts Manufacturer's Association.

"The industry operates on single-digit margins and it would grind to an immediate halt with a 25 per cent increase in price. A $32,000 car — that's an average price here — would immediately be unsalable at $40,000."

Americans would be hurt, too, he added.

"The economic stability of Ontario is at risk, but equally in Michigan, Ohio, Indiana, Pennsylvania, Kentucky, Alabama, New York — that action by itself would send those regions into recession immediately."

John White of the Canadian Automobile Dealers Association urged Canadian negotiators and Foreign Affairs Minister Chrystia Freeland to get back to the NAFTA table and make a concerted effort to avoid such an outcome.

"We need to press to get back to the bargaining table and secure a NAFTA agreement and avoid, at almost any cost, a trade war on automotive with the U.S. to save both sides of the border from a destructive path."

Labour leaders who testified Tuesday urged Ottawa to take steps to cushion the impact of the tariffs, including a task force to come up with a jobs strategy, including extended EI benefits and job-sharing programs. Others called for federal loans and loan guarantees for small and medium-sized businesses, .

"We can actually backstop these new investments with revenues generated through the proposed counter-tariffs," Unifor's Dias said.