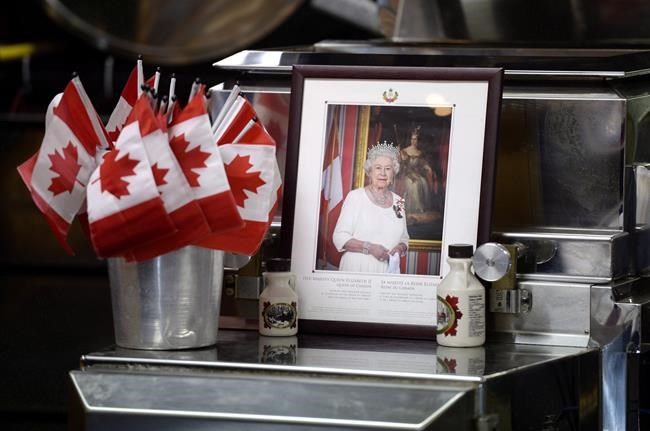 OTTAWA — It's been more than two years since work began on revising the controversial study guide for Canada's citizenship test, but the federal government says it needs more time to work on the publication and has no set timeline for release.

Internal emails from the Immigration department dating back to 2016 show officials were hoping the launch of the new guide could coincide with Canada 150 celebrations and the 70th anniversary of the Citizenship Act — events that took place over a year ago.

But so far, no official guide has materialized.

Conservative immigration critic Michelle Rempel says she believes bureaucrats were sent back to the drawing board after a draft copy of the revised guide, obtained last year by The Canadian Press, revealed the department had removed references to barbaric cultural practices, including female genital mutilation, as being against Canadian law — references that were added by the Stephen Harper government in 2011.

"The immigration minister's response to the issue around removing the language about female genital mutilation being a very intolerable practice from the citizenship guide, his delay and his response, I would surmise, didn't go well within the prime minister's office," Rempel said.

"I think probably he mishandled that so badly they're delaying any sort of output."

Rempel notes that public money has been spent on the ongoing work done to revise this document and that Canadians have a right to transparency on its contents.

Indeed, the internal emails from 2016, obtained through access to information law, show bureaucrats were working on developing a "full refresh" of the official citizenship study guide, entitled Discover Canada.

The emails show that departmental directors and communications staff working on the file consulted with a range of government departments seeking input with a sense of diligent urgency, in an effort to try to meet timelines for approvals and final rollout — details of which were redacted from the documents.

One communications staffer did warn in March 2016 that revisions and approvals would take time within government and that their expected timelines might be a challenge, but still remained optimistic.

The draft copy, obtained and reported on last year by The Canadian Press, shows substantive additions made to the guide regarding the history and present-day lives of Indigenous Peoples, including multiple references to the Truth and Reconciliation Commission’s report on residential schools and a lengthy section on what happened at those schools. The current guide contains a single paragraph.

New sections were also developed in more detail dealing other controversial aspects of Canadian history, such as discrimination shown against the Chinese, South Asians, Jews and disabled Canadians as well as the evolution of the rights of gay, lesbian, bisexual and transgender Canadians.

The government says ongoing delays in releasing the document are merely because officials are still listening to experts and stakeholders in an attempt to "take the politics out of the guide."

"We have undertaken vast consultations with numerous stakeholders, a process that had not been undertaken under previous iterations of the citizenship guide," said Mathieu Genest, press secretary for Immigration Minister Ahmed Hussen.

"We want to make sure that new Canadians learn about our laws and our history, including as it relates to groups that are not well represented in the current guide."

As for concerns raised about removing references about Canada’s laws against gender-based violence, including female genital mutilation, Genest says the guide will absolutely include this information.