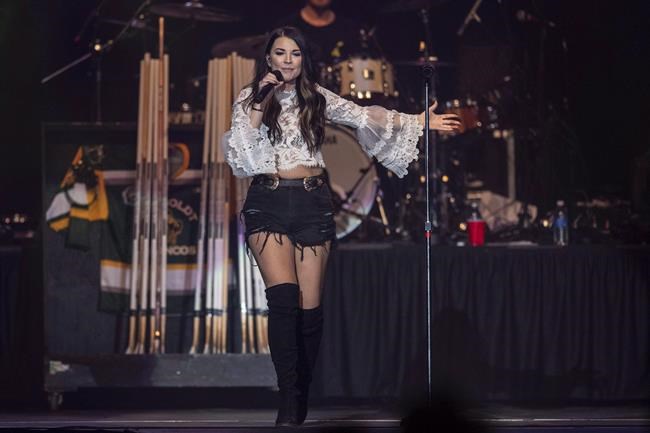 TORONTO — A country radio station in the nation's capital is turning up the volume on female artists.

Amanda Kingsland, the station's programming director, said the idea came from brainstorming sessions with staff about the lasting gender imbalance on country airwaves. She believes spending an hour each weekday exclusively on female musicians could help elevate standout performers who are "sometimes overlooked" on a typical broadcast day.

"We really wanted to show it can be done consistently," Kingsland said.

"It's not going to be filler."

The plan comes as the music industry continues to face questions about a lack of gender inclusion in key production roles, such as engineers and producers, across nearly every genre.

But country radio has faced particular criticism in recent years over its favouritism towards male voices.

Most country radio station playlists are dominated by male performers.

A pervasive opinion with some radio programmers says that listeners are averse to hearing too many female singers in a programming block. No tangible data has supported the assumption.

The topic garnered major attention three years ago when U.S. radio consultant Keith Hill compared women on country radio to tomatoes in a salad, implying they were an ingredient that wasn't necessary, or better in small servings.

He doubled down on his take earlier this year saying that women should only represent 15 per cent of the content on country radio playlists or listeners would "fatigue faster and automatically respond by listening less."

Kingsland rejects those suggestions and points to a wave of Canadian female artists like Jess Moskaluke, Madeline Merlo and Lindi Ortega who are garnering more attention and a growing fanbase.

Country 101.1, which is operated by Rogers Communications, plans to latch onto the interest by using the "girl-power hour," which airs weeknights at 6 p.m. ET, to highlight current stars, play favourites from the likes of Shania Twain and Terri Clark, and run interview clips.

The station will also ask performers like Brett Kissel and Moskaluke to reflect on artists they love and moments they'll never forget.

Similar programs have been rolling out this summer on U.S. stations.

Radio personality Bobby Bones is working on a national show for iHeartRadio dedicated to female artists, while Houston's KKBQ-FM spends its Wednesday lunch hour block focused on the women of country.

Kingsland says her "girl-power hour" is already seeing interest from other Rogers-owned stations across the country.

"It would be great if this were to turn heads... and they were able to look at their playlists and see how they can improve the situation," she said.

"I think it's something we're going to be able to fix."