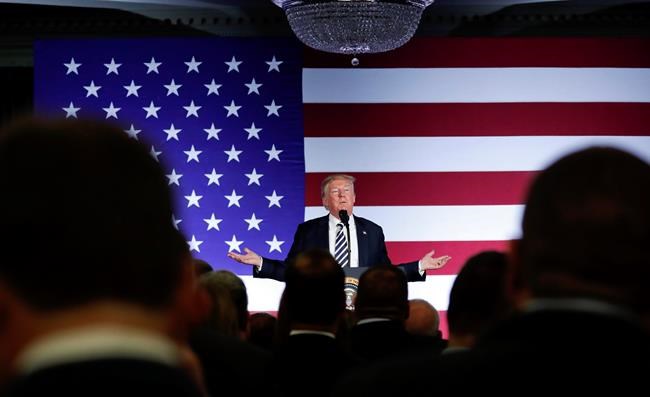 OTTAWA — Under almost any normal circumstance, the negotiation of a trade pact between countries should result in benefits for consumers, say experts who are  closely watching the North American free trade talks unfold in Washington.

After all, the mutual lifting of trade barriers should result in more competition, which should translate into more consumer choice and, therefore, lower prices.

But with Donald Trump driving the agenda for the American side of the bargaining process, some experts warn that the uncertainty generated by the negotiation of a new North American Free Trade Agreement will ultimately hurt consumers.

"Nothing that's going down right now in Washington should be presented as being a win from a consumer point of view, or an economic point of view," says economic consultant and researcher Dan Ciuriak, senior fellow at the Centre for International Governance Innovation.

"This is protectionism, cost-raising and uncertainty-raising," he added. "Compared to the status quo, (consumers) are going to be worse off."

The most striking example involves one of the biggest investments Canadians make — buying a vehicle.

The preliminary agreement between Mexico and the United States announced last Monday would, if enacted, require that 75 per cent of the parts in any vehicle sold in North America be produced in the U.S. or Mexico.

The current requirement is that about 62 per cent of parts be produced in the U.S., Mexico or Canada.

The deal also included stronger labour standards, requiring that 40 to 45 per cent of auto parts in cars sold in the U.S. be made by workers earning at least US$16 per hour.

If the goal of the NAFTA talks was to simplify rules of origin and allow for more integration and cost efficiencies in the North American auto sector, consumers might expect to reap a cost-saving benefit, said Patrick Leblond, an international relations professor at the University of Ottawa.

"Clearly that's not what the Mexicans and the Americans agreed to," said Leblond.

While final details of the agreement have yet to be laid out, what has been seen so far indicates that automakers could soon be dealing with more complex trading rules that will add costs to manufacturing and ultimately hurt consumers, he added.

"It doesn't look like prices will come down, and it seems they are likely to increase as a result."

Provisions to increase auto worker wages, for instance, will have no effect on consumers, said Lilly.

"I don't think we will see big shifts at all on the price of cars. However, you may see less movement of plants from either of the other two NAFTA countries into Mexico."

Where consumers could see some benefit, though, is through changes to rules governing trade in dairy products, she said.

If a new NAFTA were to eliminate Canada's protectionist supply management system — something Prime Minister Justin Trudeau has vigorously opposed — prices of dairy products would fall under the pressure of increased competition from south of the border, Lilly explained.

But even then, it could take years to feel the full effects, she predicted.

"If the Canadian market is opened up, I would anticipate a very long transition period, so whatever benefits might accrue would be quite far down the line," she said, pointing to slow uptake by business of provisions included in the Canada-EU trade agreement known as CETA.

"It also would require cost savings to be passed on (by producers) to the consumer, which is something that isn't a given."

But simply granting more American access to Canada's dairy market "is something where I think that you wouldn't necessarily see big movements in terms of benefits to consumers."

And then there are pharmaceuticals.

A fact sheet on the U.S.-Mexico deal included a provision that would give big drug makers 10 years of protection for biologic drugs, and expand the list of drugs covered by those protections.  Industry watchers have warned that providing longer patents to drug makers would ultimately result in higher prescription costs.

In Canada, biologics, which include anti-inflammatory medications such as Remicade, are effectively protected from competition from generic products for eight years.

And last year, seven of the top 10 patented drugs seeing growth in sales in Canada's $16.8 billion patented medicines marketplace were biologics, according to the Patented Medicine Prices Review Board.

But the hit predicted to the wallets of Canadian consumers is not just a product of the NAFTA negotiations, said Ciuriak, who once worked as deputy chief economist at Canada's Department of Foreign Affairs and International Trade.

The uncertainty created in the business world by Trump over global trade generally is already hurting Canadians and will be felt for some time, he said.

"We're already worse off and will be worse off for at least a decade as a result of that."