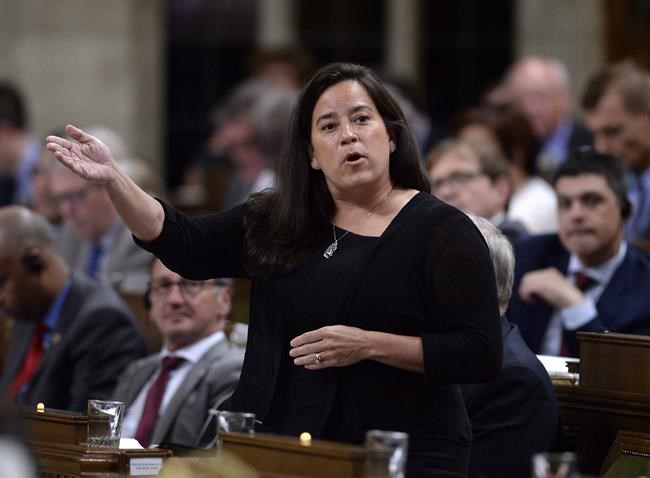 OTTAWA — The federal government has yet to fill nearly five dozen judicial vacancies, a rising figure the Liberals say is partly a result of government spending to expand the number of judges nationwide.

The government has been facing constant pressure to fill empty seats on federal benches over complaints that cases are being thrown out because of lengthy trial delays that provincial courts have been trying to tackle.

Federal figures show there are 57 judicial vacancies that the Liberals need to fill, despite a recent slew of appointments, which the government says will come in greater regularity when the House of Commons returns from its summer break on Sept. 17.

Only cabinet can approve appointments to the bench. A spokesperson for Wilson-Raybould said the frequency of appointments will increase with the return of regular cabinet meetings later this month.

A landmark 2016 decision from the Supreme Court of Canada, known as the Jordan ruling, imposed strict new trial timelines that amounted to 18 months for provincial courts and 30 months for superior courts.

A top judge in Quebec reportedly claimed a victory of sorts Thursday by saying that wait times for murder trials had dropped to between 12 and 18 months from 30.

The government set aside money in the following year's budget to provide 12 new positions in Alberta, and one in Yukon. In 2018, Ontario received six new positions and Saskatchewan received one.

Conservative justice critic Rob Nicholson said the Liberals have had three years to appoint enough judges to make sure criminals "don't walk free" due to delays and backlogs.

"There is no shortage of qualified candidates for these positions and there is simply no good reason they should go unfilled," he said.

The president of the Canadian Bar Association said the government is not filling the positions they are creating in a timely way, even though his organization welcomes the additional judges. All those vacancies — new and old — are causing a serious access to justice concern for criminal and civil cases, said Ray Adlington.

"There is a need to fill these vacancies and we believe the government can and should be filling them on a more timely basis," he said.

Adlington likened the delays to long shopping lines, saying if the line is too long, people reach a point where "it isn't worth it," and said that's "not an equitable outcome in our society."