U.S. not invited to Canada’s save-the-WTO summit of 13 ‘like-minded’ countries 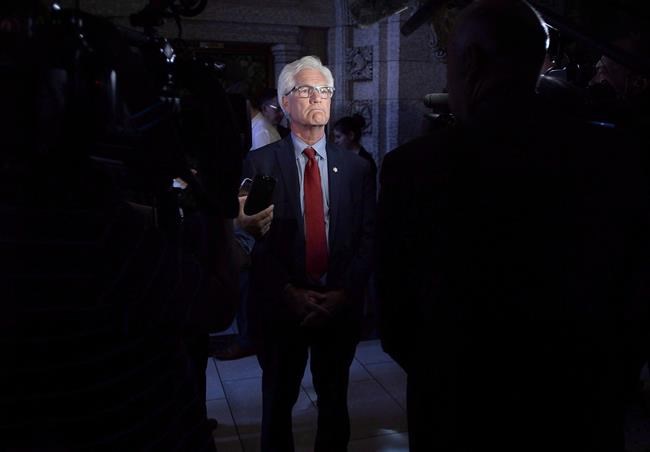 OTTAWA — Canada has not included the United States in an upcoming meeting aimed at saving the international trading system because it doesn't share the views of the 13 invited countries, says the new Canadian trade minister.

Carr said the group of countries he's convened ultimately wants to persuade Washington of the continued usefulness of the WTO, but for now the best way forward is without the U.S. in the room.

"We think that the best way to sequence the discussion is to start with like-minded people, and that's whom we have invited and they're coming," Carr told The Canadian Press.

"Those who believe that a rules-based system is in the interests of the international community will meet to come up with a consensus that we will then move out into nations who might have been more resistant."

Asked what his message to Americans is in the meantime, Carr replied: "That a rules-based system is good for them too."

The WTO is one of a long list of international organizations and agreements derided by U.S. President Donald Trump and his protectionist administration. Trump's top economic adviser, Larry Kudlow, has at times branded the WTO as ineffective and simply "broken

In the case of the WTO, the U.S. has moved beyond hostile rhetoric and blocked the appointments of new judges to its dispute settlement body, which is threatening to paralyse the organization and prevent it from making decisions.

"The impasse of the appointment of the appellate body members threatens to bring the whole dispute settlement system to a halt," says an eight-page Canadian discussion paper that has been circulated among the 13 invited countries.

The Canadian Press obtained a copy of the paper, which has not been publicly released.

"But the main point is, we believe the WTO, reformed and refreshed, is the best way to re-establish a rules-based system."

Carr said efforts to persuade the Americans to see that point would have been "a lot harder" if Canada hadn't preserved dispute resolutions mechanisms in the newly renegotiated continental free trade pact, renamed the United States-Mexico-Canada Agreement.

"You want your major trading partners to admit that you need a dispute settlement mechanism."

Prime Minister Justin Trudeau told an Edmonton radio station last month that independent dispute resolution mechanisms, which the U.S. wanted to scrap, needed to be preserved because Trump "doesn't always follow the rules as they're laid out."

Conservative trade critic Dean Allison urged the government to reconsider the exclusion of the U.S.

"It is troubling that the Trudeau government seems to be purposefully excluding our largest trading partner from the WTO Summit," he said in a statement Thursday.

"Sending this sort of message South of the border is very concerning, given that tariffs still remain on steel, aluminum and softwood lumber with no timeline or plan for lifting them. "

The Canadian discussion paper lays out three broad themes for the discussion: safeguarding and strengthening the dispute settlement system; improving the efficiency and effectiveness of the WTO monitoring function; and modernizing trade rules for the 21st Century.

On the latter point, the paper acknowledges that "aging trade rules need to be updated urgently to respond to the needs of the modern global economy," but notes "there is a divergence about the priorities."

The paper doesn't single out the U.S. by name, but it makes clear that international trading institutions are "increasingly fragile."

"The challenges facing the multilateral trading system cannot be attributed to any single cause or any single country," the document says.

"However, the combination of disruption and paralysis has begun to erode respect for rules-based trade, and the institutions that govern it, paving the way for trade-distorting policies."