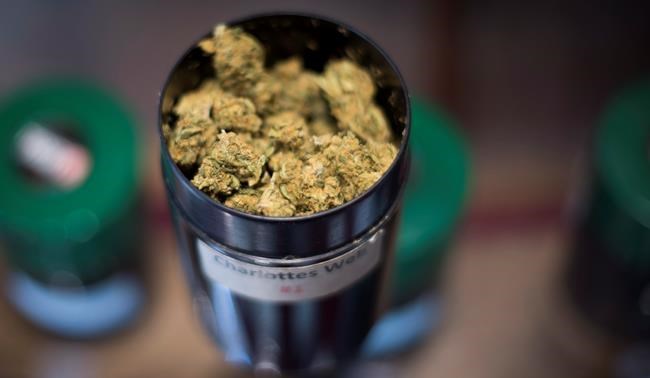 As recreational marijuana legalization looms, some industry insiders are predicting a hot niche in the market for less potent products.

At the centre of the shift is an expected influx of new consumers more interested in dabbling than getting blitzed, creating demand for pot products with lower doses of psychoactive ingredients.

A report by Deloitte forecasts that legalization on Oct. 17 will bring a consumer into the market who is more risk averse, older and less likely to consume the drug as regularly as existing recreational users.

"Today's consumer is what we describe as a risk taker. They're young, typically with a high school or college education. In their quest to live life to the fullest, they're more likely to put their health or safety at risk, even going so far as to skirt or break the law," it says.

Newer recreational customers will typically be 35 to 54 years old, and three-quarters of them will have some experience with recreational pot but only 41 per cent will have used it in the last five years, it says.

"This consumer is more of a conservative experimenter — typically middle-aged, with a university or graduate school education. They don't tend to put their personal interests before family needs or other responsibilities," the report says.

It says almost half of current consumers say they would move to the legal market if there were more choices in terms of product potency.

Andrew Pollock, vice-president of marketing for The Green Organic Dutchman said many consumers are asking for products with higher concentrations of non-psychoactive cannabidiol, also know as CBD, rather than tetrahydrocannabinol, or THC, which is the main mind-altering ingredient in the plant.

"CBD is becoming kind of an 'it' word in cannabis. We see a real trend there," Pollock said.

CBD and THC are some of the most common compounds found in marijuana.

Plants with high CBD give more clear-headed relief to symptoms of anxiety, pain and inflammation. THC gives users a "high," an appetite and relieves symptoms like pain and nausea, Pollock said.

The Green Organic Dutchman is building 130,000 square metres of cultivation facilities in Ontario, Quebec and Jamaica.

"That crowd was the main one who kind of wanted to dabble, get their feet wet with the lower dose stuff," he said. "Generally the medical side of it is mainly lower dose THC."

South of the border, less potent products have already entered a market once dominated by black market pot that packed a punch.

"Products are now being scored and packaged and marked in low doses," said Tom Adams, managing director of BDS Analytics in Colorado.

Part of that comes as a result of what industry members refer to as the "Maureen Dowd Effect," he said. The New York Times columnist wrote a piece detailing her experience sampling a cannabis-infused chocolate from one of Colorado's newly legal pot shops in 2014 that left her "curled in a hallucinatory state" for eight hours in her Denver hotel room.

Since then, the industry has made a concerted effort to cater lower-dose products to new users and emphasize responsible consumption, especially with edibles.

"The industry has very much harped on the theme of, 'Start low, go slow,' " Adams said.

There are also regular users in the market who want to take some edge off without getting high.

"(They say) two milligrams or three milligrams just has a mild relaxing effect and doesn't interfere with you going about your day," Adams said.

The shift is occurring mostly at the processing level where the plants are used to create concentrates, oils, edibles and other products, he said.

Some companies are banking on recreational consumers having less fluency in dosages or chemical components and who are instead looking for an "experience."

Adine Carter, chief marketing officer for High Park, based in a Nanaimo, B.C., said the company is highlighting its recreational products' effects instead of its medicinal components.

In other words, you can buy "Sun" under its Irisa brand if you want energy or "Earth" for balance and focus.

"It's a very different approach to product development than the medical products that are geared toward having the patient understand exactly what the potency is for their condition," Carter said.

"We believe that telling them what the products are designed to do will resonate better with them as consumers."