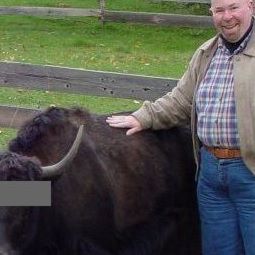 In addition to his time on CFRA, Fred is remembered as the first Page Six columnist for the Ottawa Sun.

In recent years Fred was in care at an Ottawa retirement home.

Fred started his career at CKLW in Windsor, Ontario across the border from his childhood home, Rochester, Michigan.

‘LW was known as “the Big 8” and Fred fit right in with his big booming voice and distinctive tabloid-radio writing style. Fred’s trademark delivery took him to CHUM Toronto, and later news management at CHNS in Halifax. He moved to Ottawa in 1976 to become news at CFGO.

Later he was named Bureau chief for News/Radio the CBS-affiliated News/Radio network. At the time it was the largest network of private radio stations in Canada.

During his years on the Hill, Fred had a ringside seat for all of the big stories of the Trudeau, Clark and Mulroney years. He is remembered by those he covered as a fair-minded, genial and ethical reporter who played no favourites. He ended his journalistic career as the Ottawa Sun’s first “Page Six” columnist, and as a commentator on CFRA Radio.

In his final years, Fred enjoyed re-calling stories about the “Boys on the Bus” – the adventures of the travelling Parliamentary Press Gallery.

His favourite: When Prime Minister Brian Mulroney suggested that it was about time that Fred, an American citizen, apply for Canadian citizenship, Fred informed the PM that he was waiting until Canada had a stable government.

Fred was a larger-than life figure, with a sense of humour to match. He often wore a kilt featuring the (none existent) Ennis family tartan to formal events.

He is survived by his life-partner Judith Yaworsky.

A celebration of Fred’s life will be held later.