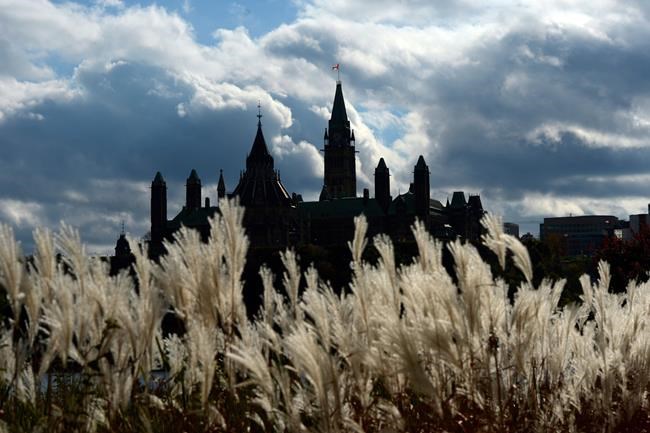 OTTAWA — The federal government is on track to run slightly deeper deficits than it's been predicting for each of the next few years, says a new analysis released Tuesday by the parliamentary budget officer.

The report predicted Ottawa is on pace to post a $19.4-billion deficit in 2018-19, which is $1.3 billion higher than the Liberal government's projection in its budget last February. Beyond this year, the watchdog says the annual shortfalls will be between $500 million and $2.8 billion bigger than the government's predictions.

The larger forecasted shortfalls are largely tied to recent changes in how the government calculates its pension liabilities, which have immediately raised Ottawa's direct program expenses, the report said.

The fresh projections come as Canada's fiscal trajectory is under closer scrutiny with only a year to go before the next federal election. The fate of the budgetary balance is likely to emerge as a major campaign issue.

In his report Tuesday, parliamentary budget officer Yves Giroux also weighed in on another issue that has been at the centre of much debate: competitiveness concerns linked to major tax reform in the United States.

The business community has urged Ottawa to cut corporate taxes north of the border to prevent Canada from falling behind on competitiveness. Last week, a Senate committee called on Ottawa to introduce immediate corporate tax cuts to entice more companies to invest in Canada.

Giroux, however, predicted the U.S. tax overhaul "will not have a material impact on Canada's investment climate."

The changes, his report said, will result in multinationals shifting some of their profits to the U.S. from Canada, which will lower Ottawa's corporate tax revenues by an average of $500 million per year.

In the first half of 2018, his analysis argued that global foreign direct investment flows into Canada totalled $26.8 billion, which was broadly in line with figures over the past five years.

Finance Minister Bill Morneau intends to announce plans in his fall economic update in the coming weeks to bolster Canada's competitiveness, but sources have said he's looking at targeted measures rather than broad-based corporate tax cuts.

On trade, Giroux's report warned negative changes will shave 0.25 per cent from Canada's gross domestic product by 2022. Real GDP, it predicted, would contract by 0.5 per cent if U.S. tariffs on steel, aluminum and other products — and Canada's retaliatory levies — were made permanent.

If they remain in place, the watchdog said Canada's duties on these imports are expected to generate additional revenue of $1.3 billion in 2018-19, $1.8 billion in 2019-20 and $1 billion per year, on average, thereafter.

Giroux doesn't expect the recent agreement-in-principle on an updated North American free trade deal — also known as the USMCA — to have a big impact on the Canadian economy. But he noted the agreement has eliminated the uncertainty around the deal's future.

"We continue to believe the most important downside risk is weaker export performance due to rising protectionism in global trade policies, which would dampen global trade and economic growth," his report said.

As next year's election approaches, the Conservatives are expected to continue criticizing the governing Liberals for abandoning their 2015 vow to run only modest shortfalls of no more than $10 billion and to eliminate the deficit by 2019.

The federal bottom line has received a multibillion-dollar revenue boost over the last year thanks to the stronger economy and the Liberal government has channelled large amounts of the extra cash into new spending it argues will lift Canada's long-term growth.

The Liberals have no timetable to eliminate the deficits even though the economy is running close to full strength, which has raised concerns among some economists.