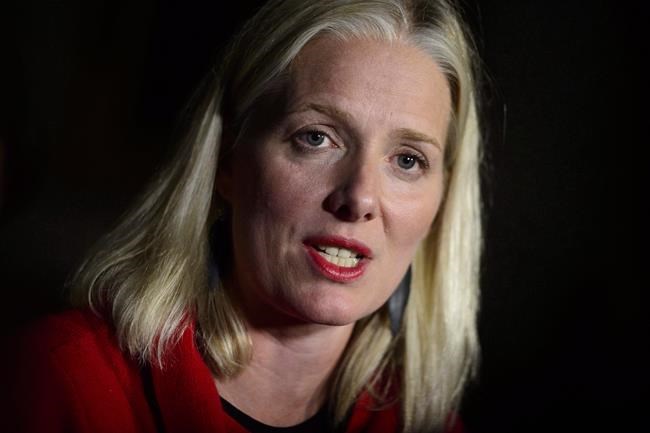 Speaking at Rockwool insulation plant in Milton, Ont. Thursday, McKenna said the remaining $420 million pending for Ontario from the Low Carbon Economy Fund will go to cities, hospitals, universities, schools, and businesses to help with efficiency programs and other emission-reduction efforts.

"Our hope would have been to work with the provincial government on fighting pollution, tackling climate change, helping businesses with clean solutions, and helping Ontarians save money, but Mr. Ford has taken a different path, making polluting free, and cancelling hundreds of projects across communities in Ontario."

Programs in the province that had been slated for funding through the program include $100 million in school retrofits for energy efficiency, $64 million for hospitals to do the same, as well as electric bus programs in Hamilton and Brampton and hydrogen busses in Mississauga, said McKenna.

The Trudeau government is facing growing resistance over its climate plan from several premiers who are openly committed to fighting carbon pricing.

The federal government has said it will impose a carbon price on provinces that don't establish their own and then distribute the funds directly to residents.

One environmental group applauded the federal government's move, comparing it to the work being done in the U.S. to bypass the Trump administration on climate issues.

"Just like communities dealing with (U.S. President Donald) Trump south of the border, Ontarians are going to have to find creative ways to work around a Premier who can't or won't recognize the urgency of the climate crisis."