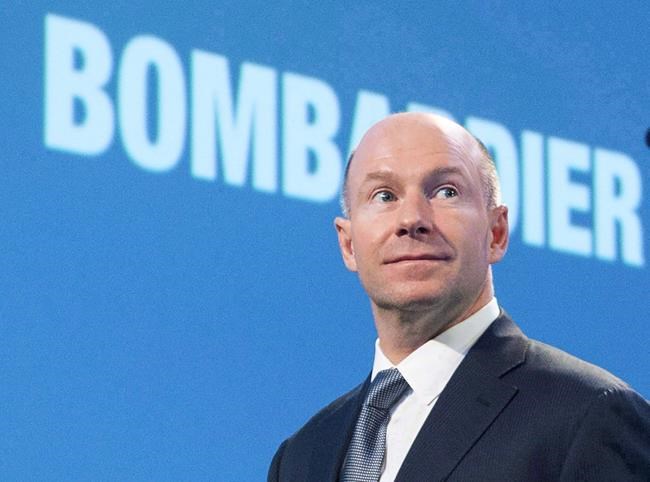 MONTREAL — Bombardier Inc. was on the defensive Monday after chief executive Alain Bellemare steered clear of a special meeting, hastily arranged to deal with the imminent layoff of 2,500 of the company's Quebec workers.

The province's economy minister called the early-morning sit-down in downtown Montreal between Bombardier representatives, union and aerospace leaders and the government, with a view to finding a path back to employment for the workers.

Bombardier, which announced last week it will cut 5,000 workers worldwide and sell off key assets, including the Q400 propeller plane program, dispatched two representatives to the rendezvous, including vice president of external relations Olivier Marcil.

"Bombardier is not hiding, Bombardier is here," he said during a scrum with reporters. "Mr. Bellemare has a very, very busy schedule and supports the initiative."

The plane-and-train maker has just under 70,000 employees across 30 countries, Marcil noted.

Bellemare, whose total compensation was about $14 million in 2017, has avoided interviews since Bombardier gave word of the job cuts last week alongside third-quarter results.

Bellemare said in a statement Thursday he was "very proud" of what had been achieved so far as part of his recovery plan, which is set to culminate in 2020.

Bellemare has already admitted that Bombardier was close to bankruptcy in 2015 before the Quebec government jumped to its aid by injecting $1 billion of public money into the C Series. The aircraft program was renamed A220 in July when Airbus took control without paying a dime.

"He lives in Quebec and is fully aware of what is happening," said Marcil, when asked if his boss should take the time to explain his recent decisions. "But he manages a rail and aviation giant and could not be here today."

However, he said he had talked with the leader of the Quebec multinational in recent days.

"We have agreed to meet soon to talk about the industry to avoid future surprises," Fitzgibbon said.

Following the 7:30 a.m. meeting, the minister sought to reassure Quebeckers that the province's aerospace sector is healthy and growing, despite restructuring at the company. He said he is hopeful an ongoing labour shortage means all affected Bombardier employees will be able to find new work within the next 12 to 18 months.

Representatives from Aero Montreal, Bell Helicopter and CAE Inc. were present, among other companies.

Bombardier is expected to provide details surrounding the layoffs, such as the trades affected, to the province in the coming days, which would allow the industry to respond, Fitzgibbon said.

"You have to understand which employees are going to be targeted," he said. "There is a risk that there will be training issues and that is where the Ministry of Employment will be present."

David Chartrand, the Quebec co-ordinator of the International Association of Machinists and Aerospace Workers, was optimistic about industry prospects, despite having criticized last week the way Bombardier opted to announce the layoffs.

"It's a good message to send to the public if some people think it's not going well," he said Monday. "That's wrong. There is job creation. It's good that people know about it."

The aerospace industry in numbers:

- Nearly 31,700 positions to be filled over the next decade.

- Approximately 22,900 jobs to replace due to promotions, retirements and voluntary departures.