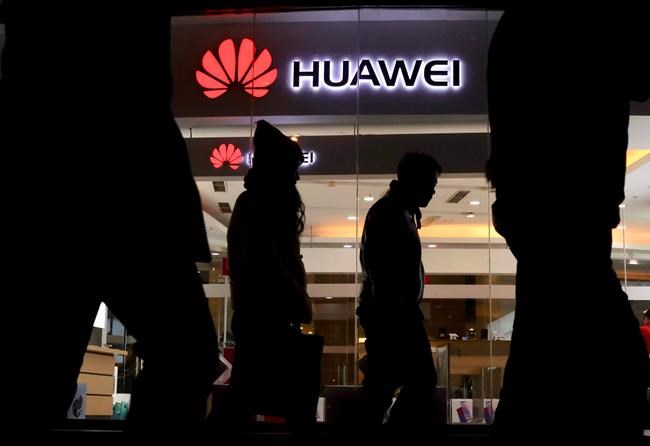 OTTAWA — Canada's arrest of a Chinese telecommunications executive in Vancouver at the request of the United States sparked widespread surprise, but in security and diplomatic circles it was pure deja vu.

Canada did a similar favour for the Americans in July 2014 when it arrested a Chinese businessman in British Columbia for hacking the data bases of U.S. defence contractors to steal military secrets.

In that case, Su Bin — a Chinese national who had permanent residency in Canada — was eventually extradited to the U.S. where he pleaded guilty in 2016 to a criminal conspiracy, years in the making, to steal U.S. military secrets. He was sentenced to 46 months in prison.

But it's what happened a month after Su's initial arrest that now has some spooked: Canadians Julia and Kevin Garratt, who lived three decades in China operating a coffee shop and doing Christian aid work, were arrested and accused of spying and stealing military secrets.

Now, there are fears of what China may do next.

The Garratts have since been released after a two-year ordeal, but in light of last Saturday's arrest of Huawei Technologies' chief financial officer Meng Wanzhou, concern is rising that other Canadians in China are at risk of being arrested in retaliation.

"China will be furious and look for means of punishing us, in part as an example for others," David Mulroney, a former Canadian ambassador to China, said Thursday.

"That could include tit-for-tat moves against Canadians, a motive that many, myself included, suspect to have been at the bottom of the 2014 arrest and imprisonment of Canadians Julia and Kevin Garratt."

That view is shared by other international security analysts after Canada's Justice Department said the U.S. is seeking Meng's extradition. Canada is not providing further details about the case because of a court-ordered publication ban on her pending bail hearing, and Prime Minister Justin Trudeau said Thursday he's not commenting on an independent legal process.

"The Chinese are likely to play tit-for-tat on this one and we should be ready for it," said Fen Hampson, the director of the global security program at the Centre for International Governance Innovation based in southern Ontario.

Stephanie Carvin, a former Canadian security analyst who teaches at Carleton University, said on Twitter: "In light of the #Huawei arrest, a reminder that China takes innocent Canadians hostage on a whim for its own purposes. Would not want to be a Canadian business leader in China right now."

Chinese foreign-ministry spokesman Geng Shuang told reporters Thursday that his government wants Canadian officials to reveal their reasoning. He said Meng's legal rights must be ensured, adding that neither Canadian nor American officials had so far responded to China's concerns.

China's embassy in Ottawa has also branded Meng's arrest as a serious violation of human rights.

But Trudeau said Thursday he hasn't talked to any international counterparts about the affair, and he made clear he's staying out of it. He said his office got "a few days' notice that this was in the works" but he emphasized the actions of law enforcement officials are independent from politics.

"We are a country of an independent judiciary, and the appropriate authorities took the decisions in this case without any political involvement or interference."

Some say Canada's firm stand against China could have an economic cost as it tries to deepen trade ties. Carvin speculated on Twitter that this could affect the sale of Canadian lobsters, among other things.

Others say Canada needs to stand firm in the face of Chinese pressure. They say Beijing is trying to press Canada where it might sense vulnerability — Ottawa's own strained relations with the Trump administration in Washington over tariffs and trade.

"It's the bully next door Trudeau and Canadians have the most to worry about, and if the choice is between Beijing or Washington, Washington will always trump Beijing," said Hampson.

Mulroney said the Meng case has brought Canada and China to an inevitable reckoning in their relationship.

"China has entertained hopes that they could split us away from the U.S. in the Trump era," he said.

"This reminds the Chinese, and ourselves, that we are part of an international order backed by the U.S."