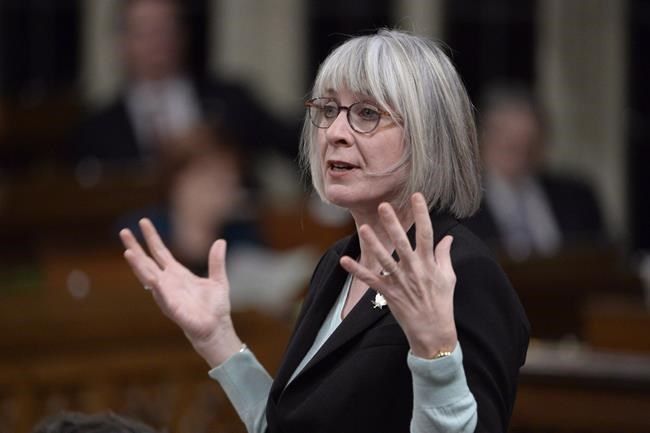 OTTAWA — Contentious wording in Ottawa's summer-jobs program that required groups to declare themselves supportive of abortion rights to get funding has been dropped, and new rules put in place to appease faith groups and pro-choice advocates who each fuelled a furor over the policy last year.

Instead, the federal Liberals have re-tooled the 2019 version of the Canada Summer Jobs program to require applicants to declare they don't work to infringe on any Canadian's legal rights.

The program subsidizes wages for summer workers, to encourage small businesses and non-profits to bring on students and others looking for early experience. Wording on the application for the 2018 version of the program required groups to say neither their core mandates nor the jobs being funded actively worked to undermine constitutional, human and reproductive rights.

Informal consultations over the past few months led to the government's decision to change the wording for the 2019 version of the program.

"It still achieves the same aim of ensuring that groups that are primarily against human rights, like anti-choice groups, are not going to be eligible for funding still, and it appears to satisfy the concerns of religious groups and churches," said Joyce Arthur, executive director of the Abortion Rights Coalition of Canada.

More changes have been made to the program's eligibility criteria to disqualify any project or job that tries to restrict a woman's ability to access sexual or reproductive health services, or that won't hire people based on their sex, religion, race, ethnic origin, gender identity or gender expression.

Ray Pennings, executive vice-president of Cardus — a non-partisan, faith-based think-tank — said questions will likely still be raised of the declaration if it simply says groups will follow the law, which all employers are required to do already.

"Any employer is subject to human-rights codes," Pennings said. "To have an employer check a box … seems a little silly."

After the government put the reproductive-rights language in the 2018 application, funding rejections increased 12-fold. Only one of 63 groups flagged to the government as problematic by pro-choice groups received funding.

Many faith-based groups refused to the sign the declaration, or submitted alternative wordings because they felt that asserting that they supported reproductive rights as currently expressed in Canadian law went against their religious beliefs.

"They felt this was about their values and beliefs and not about the jobs and the performances of the students in particular roles and we took that to heart," Labour Minister Patty Hajdu said in an interview.

"We've been working on making sure we do what we intended to do, which is to stand up for the rights of Canadians ... but that we also work closely with faith-based groups and others so that they can see how they themselves would fit into this program."

A trio of Conservative critics — MPs John Barlow, Ted Falk and Garnett Genuis — called on the Liberals to apologize for the older application language that seemed to target the beliefs of faith-based groups.

"The withdrawal of the Liberals' attestation is an admission they were wrong, and a desperate attempt at damage control for the prime minister heading into an election year," they said in a shared statement. "Unfortunately, Justin Trudeau cannot be trusted to back away from basing funding decisions on whether or not you hold a certain belief."

The change is one of several made to the popular program to be outlined by the end of the week to MPs. Employers can begin to apply later this month.

The Liberals are opening the program to any young person aged 15 to 30, no longer requiring them to be students in order to have their positions qualify for funding. A government-struck expert panel called for the change last year, noting non-students often have a hard time finding jobs to build their work histories.

At the end of the summer, employers and employees will be required to fill out a survey so the government can fine-tune the program. Hajdu said employers will also be required to follow mentorship plans for their workers as part of efforts to ensure only "quality" jobs are funded.

The data collected won't be used to screen out employers in subsequent funding years, but to evaluate the program overall, Hajdu said.

Note to readers: This is a corrected story. A previous version misspelled Ray Pennings' last name.