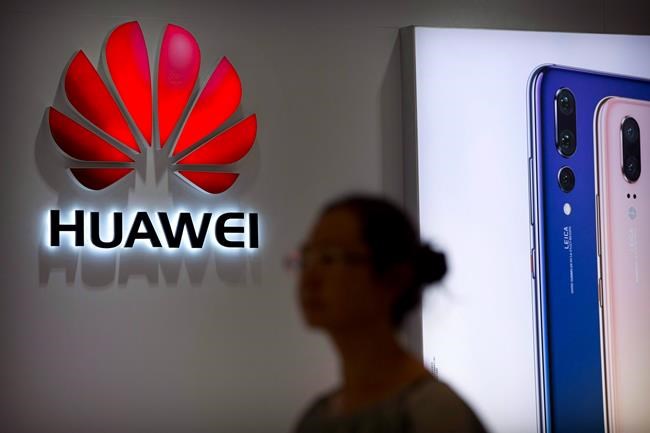 Canada must be prudent and rely on the input of its intelligence services before ruling on whether the Chinese firm should be involved in the next-generation wireless communication system, Champagne said Monday during a roundtable interview with The Canadian Press.

"We understand that there are concerns and we need to properly assess whatever risk, or benefits, that there might be."

Former security officials in Canada and two members of the U.S. Senate Select Committee on Intelligence have warned that Huawei's participation could compromise the security of Canada and its closest allies. The thinking is that the Chinese company could build spying capabilities into equipment it supplies.

Huawei stresses it is not a state-controlled company and denies engaging in intelligence work on behalf of any government.

The Opposition Conservatives urged the Trudeau government anew on Monday to leave Huawei out of Canada's 5G infrastructure, which is expected to enable much faster connections and greater data capacity.

"It seems like the only Canadians not concerned about the threat Huawei poses to our mobile network are sitting in the Liberal benches," Conservative MP Dan Albas said during question period. "This is a major security threat, and this government refuses to do anything about it."

The government wants to make sure Canadians have access to new mobile technology without compromising on security, replied Liberal MP David Lametti, parliamentary secretary to the innovation minister.

Three of Canada's partners in the "Five Eyes" intelligence-sharing group — the United States, Australia and New Zealand — have forbidden the use of Huawei products in 5G network development in their countries.

Champagne said listening to allies is part of the review process, but he has full faith in Canada's intelligence officials to provide the best advice to government.

Champagne didn't discuss a deadline for the government review, saying the process is too important to rush.

"I think Canadians would expect us to do the proper due diligence," he said. "Whatever timeline that may imply, I think this is too serious to cut corners or to be expedient. This is about getting to the right outcome."

Scott Jones, the head of Canada's new cyber security centre, wouldn't get into details of the examination during a recent news conference on online threats.

"We're doing a comprehensive review of how do we respond to the 5G technology shift, but the broader cybersecurity environment as well, and making sure that we're prepared as a nation for what we have to face," Jones said.

The recent arrest of a senior Huawei executive in Canada has only heightened tensions around the issue.

The United States is seeking to have Meng Wanzhou, Huawei's chief financial officer, extradited on allegations that she tried to bypass American trade sanctions on Iran.

Beijing has warned Canada of unspecified "grave consequences" for the arrest.

Asked Monday about any ramifications for Canada, Prime Minister Justin Trudeau was succinct.

"We are a country of the rule of law," he said. "We live up to our international obligations and we trust our courts to do the right thing."