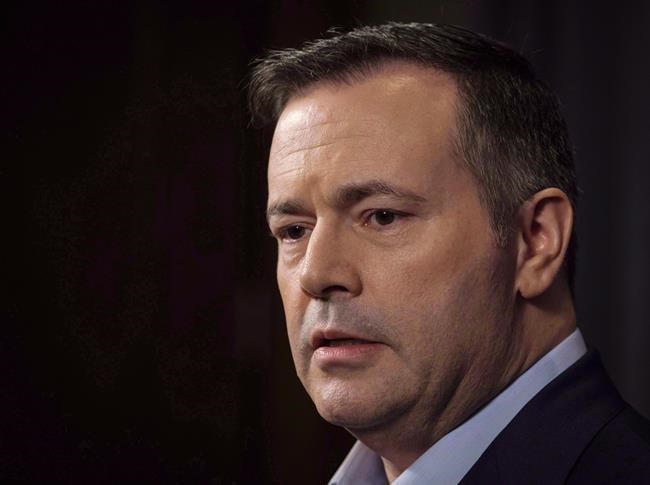 REGINA — Saskatchewan's Court of Appeal is allowing all applicants to intervene in an upcoming case between the province and Ottawa over a federally imposed carbon tax.

The federal government, arguing the party's interest in the case is political and speculative, had opposed a request by Alberta's United Conservative Party to be an intervener on the side of Saskatchewan.

The court ruled Monday it will hear from Alberta's official Opposition.

"The submissions of all interveners must be limited to the legal issue before the court," reads a written judgment by the five-justice panel.

Saskatchewan has asked the court to rule on whether the federal government's plan to impose a carbon tax on the province is constitutional. The province believes its own climate change plan, which doesn't include a carbon tax, is enough to reduce emissions.

Ottawa has given the provinces until January to come up with their own carbon price or have one imposed on them. The carbon price outlined by Ottawa starts at a minimum of $20 a tonne and rises $10 annually until 2022.

In a statement, the federal government said it respects the court's ruling on interveners.

"We believe this court case must be based on science and  evidence," said Sabrina Kim, a spokeswoman with federal Environment Minister Catherine McKenna's office.

"Canada has the right to put a price on pollution to tackle climate change, and we are confident in our legal jurisdiction to do so."

Premier Scott Moe said he's thankful for the interveners who are supporting the province.

"We look forward to a positive outcome there," he said.

United Conservative Leader Jason Kenney, a former federal cabinet minister, tweeted he is pleased with the ruling, and noted that Alberta's current NDP government brought in a carbon tax.

"The UCP is stepping up to fight for Albertans since the *current* Alberta Government refuses to do so," he said on Twitter.

The Appeal Court said the interveners have until Dec. 18 to file additional material with the justices. Ottawa and Saskatchewan will then have three days to provide further submissions to supplement the record. The case is to be heard Feb. 13-14.

Saskatchewan Justice Minister Don Morgan said that it's up to the court to decide if it wants to allocate more time for all the interveners, although he said there was no indication so far it would.

"They're good at managing those kind of things. Judges will just say, 'Well, we'll give you a short period of time, make your argument, make it succinct and move on,'" Morgan told reporters in Saskatoon on Monday.

The federal government also wants portions of submissions from the taxpayers federation, the Assembly of First Nations, the agricultural producers association and Climate Justice Saskatoon reviewed to make sure they fit the legal rules for interveners.

Aaron Wudrick, the federal director with the Canadian Taxpayers Federation, said his organization will "highlight the impact of government policy on taxpayers."

"We think we bring a unique perspective to the table here," Wudrick said in a phone interview from Ottawa. "Some people will debate whether this is an environmental issue, but it's also a tax issue. We think that we have some expertise in that area."

Ontario is also taking the federal government to court over the constitutionality of the carbon tax. Its challenge is to be heard in April.

New Brunswick and Manitoba have not signed on to the federal plan.