Law that allows domestic violence records to be released ‘patchy’ in the U.K. 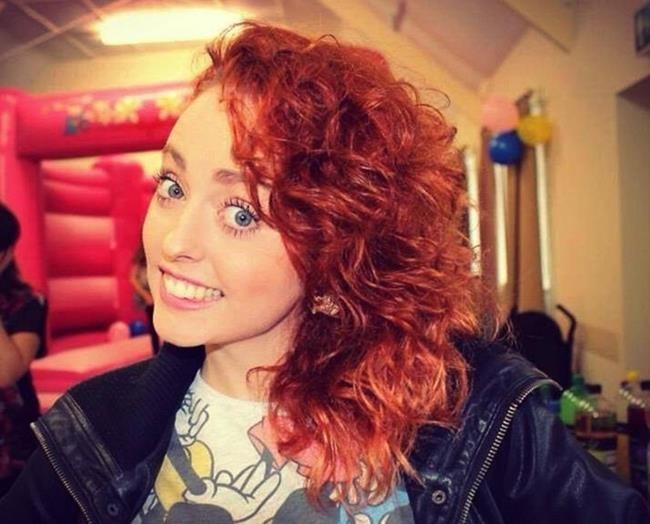 Hollie Gazzard was 20 years old when she was stabbed to death by her ex-boyfriend at the hair salon where she worked in Gloucester, England.

Court heard her killer, Asher Maslin, had a history of domestic violence and stabbed the young woman fourteen times in front of horrified onlookers after she broke up with him.

Five years later, Gazzard's father wonders if he may have been able help his daughter had he known about her killer's past.

"If I knew then what I know now, I reckon I could have saved Hollie's life because I would have seen all the signs," Nick Gazzard said.

"Had we used Clare's Law and the right to ask, that might have been another indicator of his background and given evidence to Hollie to suggest that she was in a situation where he was very high risk."

Clare's Law allows someone to request information about a partner's abusive past from police if they believe they're at risk. Named after another victim of domestic violence in the U.K., Clare Wood, it also allows officers to disclose a person's violent record to someone they believe is at risk.

This fall, the Saskatchewan government proposed similar legislation, as the province grapples with the highest rates of police-reported domestic violence in the country.

Statistics show there were 48 domestic-related homicides and nine related suicides in Saskatchewan between 2005 and 2014.

Criminal records are currently confidential in Saskatchewan and can't be shared without consent.

While the details are still being worked out in Saskatchewan, the proposed law has a "right to ask" route where a partner can request information and a "right to know" option where police can proactively disclose information to an individual.

But if the U.K. experience is any guide, the success of the law is hardly assured.

Lucy Hadley, a spokeswoman for the British domestic abuse charity Women's Aid, said the application of Clare's Law in the U.K. has been quite patchy since coming into force.

While the U.K.'s Office for National Statistics says police recorded 1.1 million domestic-violence incidents and crimes in the year ending March 2017, Hadley said only one in five domestic violence victims will ever contact police.

On top of that, only 34 per cent of the 2,820 "right to ask" applications under Clare's Law resulted in disclosures that same year.

Hadley said some of the U.K.'s 43 police forces advertise Clare's Law and encourage people to come forward, while others don't.

It's difficult to know whether the law has prevented domestic abuse, she said.

"It's great that we've got this scheme and the police can give you more information if you're worried, but if you're obviously worried about your partner's behaviour then you're probably experiencing domestic abuse already," Hadley said.

Sharon Stratton, public protection lead with the College of Policing in England and Wales, agreed the implementation of Clare's Law has been patchy in the U.K. so far.

"I can imagine that in some circumstances there's been a lack of knowledge when victims have approached officers and asked to invoke this scheme," Stratton said.

Stratton said there isn't enough awareness about the law in the U.K. although she said a lot has been done in the last three years to update training and change attitudes.

A new pilot project is being introduced at two police forces which allows potential victims to make online applications for information. Currently, a person has to make the request in person.

Nick Gazzard said the online process would be useful.

"Certainly a lot of people who are traumatized or in relationships maybe where they might want to make that application ... would probably be a little resistant of going to a police station for the fear of someone seeing them.

"If it could be dealt with online, I think that could be very good."