Trudeau lashes out at Conservatives over migration “misinformation” 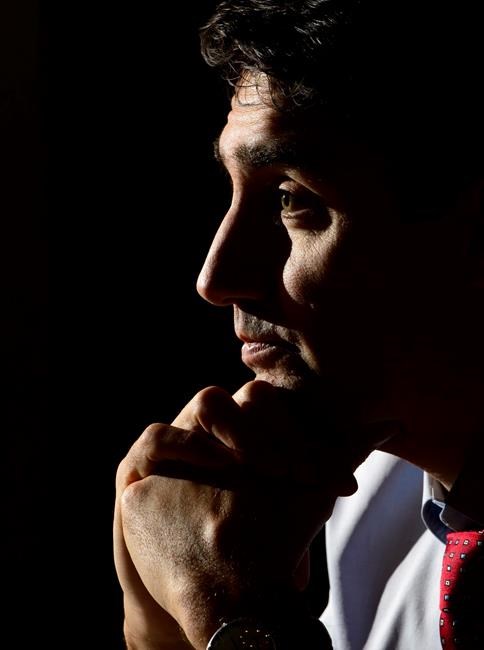 During a wide-ranging interview with The Canadian Press, Trudeau said he believes a broad Canadian consensus holds that immigration is good for the country, in the face of growing opposition to it in other places.

The Liberal leader's line suggests a theme for next year's election campaign.

"The decision that the Conservatives have taken recently to, for example, go after the global compact on migration in a way that is deliberately and knowingly spreading falsehoods for short-term political gain and to drum up anxiety around immigration is irresponsible, is not the way we should be moving forward in a thoughtful way on one of the big issues that is facing our country," Trudeau said.

The prime minister says he welcomes debate and discussion about immigration — as long as it sticks to meaningful areas of policy, such as the right number of immigrants to bring to Canada each year and how to properly integrate newcomers within the country.

"But the fearmongering, and the misinformation that is being deliberately and knowingly put out by the Conservative party right now, is very dangerous to something that has been an extraordinary advantage and benefit for Canada for generations," he said.

"He resorts to personal attacks and phoney arguments whenever he's criticized for it," Harrison said. "Conservatives will continue to hold him to account over the lengthy delays in processing and billions in added costs caused by his failure to secure the border."

Last week, Canada joined 164 countries in signing the UN Global Compact for Safe, Orderly and Regular Migration. It is the first large-scale agreement to cover all dimensions of international migration and is aimed at improving co-operation.

But the pact has incited protest, particularly in Eastern Europe, where a number of far-right groups and political parties have used the compact to fan public concern over a historic increase in the number of migrants and displaced people fleeing wars, persecution and violence in their home countries — or, in some cases, seeking better economic opportunities.

Scheer came out strongly against the compact on the grounds that it would give foreign entities influence over Canada’s immigration system, claims that have been rejected by many immigration-law experts.

The Conservatives have also been hammering the Liberals over the influx of asylum seekers crossing into Canada "irregularly," away from official entry points, over the last two years. The issue has led to clashes with Ontario Premier Doug Ford and Quebec Premier Francois Legault, who each want Ottawa to fork over $200 million or more to cover costs the two provinces have borne to house and provide services to asylum seekers.

They say the federal government is too slow to assess refugee claims and while claimants wait, the provinces have to support them.

Over 38,000 irregular migrants have arrived in Canada since early 2017.

Trudeau might face a steep challenge if migration turns out to be an election issue. An Angus Reid Institute poll conducted this fall suggested the Liberals are vulnerable on the issue of asylum seekers. Shachi Kurl, executive director of the Angus Reid Institute, told The Canadian Press at the time that concerns about the border resonate across the political spectrum every time the Conservatives bring the issue up.

Trudeau said he plans to address the Canadian public's growing fears by emphasizing that Canada has a robust immigration system that ensures incoming refugee claimants pose no security risk and meets international obligations that Canada has agreed to uphold.

Anti-immigrant rhetoric is helping some political parties, Trudeau acknowledged, pointing specifically to Eastern Europe and the United States. These views have gained traction online in Canada, he added, noting this as an area "that I think requires us to be more vigilant."