Indigenous clean energy shift must be built on trust and respect 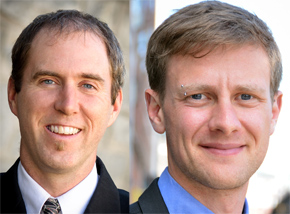 Many opportunities and challenges are facing remote Indigenous communities in Canada as they shift towards a clean energy future. More than 70 per cent of these communities are powered by diesel generators. The burning of fossil fuels has negative impacts on health, well-being, the environment, and climate change. In some cases, communities’ reliance on diesel-based electricity also limits the energy available for them to thrive and grow — contributing to difficult economic conditions and social inequalities.

Indigenous communities are leading the way in bringing new renewable energy projects to remote places. Over the past few years, enthusiastic leadership, targeted capacity building programs, and new government funding have also helped shift the clean energy landscape. However, many barriers still remain to fully deploying and deeply embedding renewable energy systems in remote communities and ending the era of diesel dependence. Some of the main barriers are:

Policies and regulations set by governments and utilities can be additional barriers to Indigenous renewable power projects. In light of the limited research on this topic, the Pembina Institute collaborated with the Mitacs Accelerate program on a new Renewable Energy Partnerships and Project Economics report, building on research on independent power producer (IPP) policies that we completed for World Wildlife Fund Canada. This latest research highlights some of the main barriers that remain around utility transparency and engagement with Indigenous communities, effective IPP policies, fair power purchase agreement (PPA) rates, and regulations. Our report focuses on Canada’s three territories — the Northwest Territories, Nunavut, and Yukon — but many remote communities in the provinces also continue to rely on diesel energy and face similar barriers.

The need for deeper engagement with Indigenous communities

Our research indicates that a meaningful effort and focus is needed to improve relationships and create new opportunities between utilities and Indigenous power proponents. Also needed are long-lasting policies that prioritize and shift the opportunity to Indigenous communities and their people.

The current structure can hinder the efforts of Indigenous communities to generate their own power in their own communities. In doing so, it prevents communities from becoming more independent and advancing their self-governance goals. Based on the interviews conducted throughout this research, there generally remains a distrust in utilities, partly stemming from inadequate community engagement and a lack of data sharing and transparency. Addressing these issues is part of moving past the legacy of colonialism — both historical and ongoing — that continues to disadvantage Indigenous Peoples.

There is a challenge and also an opportunity ahead for utilities and their governments in shifting away from current structures and policies. For example, utility policies that allow for independent modes of electricity generation — driven by long-term PPAs and fair rates — need to be streamlined and evolve beyond traditional economic cost-benefit approaches and consider the many environmental, social, and economic benefits that come from reducing diesel use. Regulations and processes governing these decisions need to change as well, considering the value of Indigenous-led projects toward furthering goals of self-governance and energy sovereignty.

The need for fresh approaches is not limited to interactions between utilities, territorial governments, and the federal government. Territorial governments and utilities must take the lead in initiating new relationships with Indigenous Peoples and offer more transparency in their approaches. A more inclusive approach to better policy making and flexible regulatory frameworks can be viewed as one step in re-establishing trusting and respectful partnerships. Approaches of direct and purposeful inclusion should seek out the leadership, wisdom, and knowledge of Indigenous power proponents and community members. There are some sincere recent examples of utilities stepping up and deepening their engagement efforts, but when looking across the country and the large number of communities still dependent on third-party utilities and reliant on diesel fuel, more work remains to be done.

Such a shift by utilities is a cultural one and driven by ambitious leadership. This shift is not a matter of courtesy but rather one of respect and transformative  action — as indicated by Canada’s participation in and obligations under frameworks such as the United Nations Declaration on the Rights of Indigenous Peoples (UNDRIP), the Truth and Reconciliation Commission of Canada’s Calls to Action, and the emerging federal framework for recognizing and implementing Indigenous rights. (Notably, the latter is itself under pressure to adopt a more transformative view of Indigenous sovereignty, title, and rights.)

Government policies such as the aforementioned federal framework and Bill C-262 — a private member’s bill which, when enacted, would require Canadian law to be in harmony with UNDRIP — once enacted, will be helpful in the re-thinking of energy policies as they relate to Indigenous communities. Taking collective responsibility for building a better future will require principled leadership, thinking, and bold action that respects and supports Indigenous rights and self-determination. This will entail, in part, reconsidering current policy regimes and building new systems and solutions. Utilities providing electricity to remote communities have a profound opportunity here to show leadership and offer new action and prospects for clean energy generation to Indigenous communities — an opportunity to offer a meaningful expression of respect and recognition.

Dave Lovekin is the director of renewables in remote communities at the Pembina Institute, Canada’s leading clean energy think-tank.

Dylan Heerema is an analyst at the Pembina Institute.