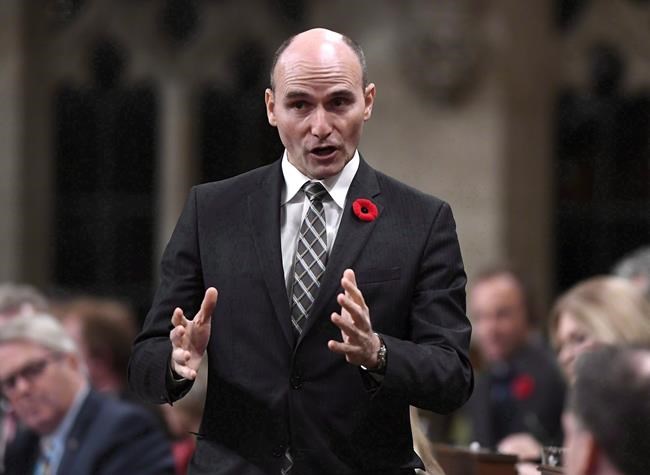 OTTAWA — A federal bill aimed at raising more than two million Canadians out of poverty put aside two elements that expert advisers told the Liberals it should include, newly released documents show.

A May 24 presentation from a panel the Liberals appointed to tell them how best to tackle poverty noted the group wanted the government to recognize "freedom from poverty as a fundamental right" when it finalized its poverty-reduction strategy.

A human-rights approach, the panel said, should guide "the development of goals, targets and measurements" to reduce poverty nationwide, according to the documents obtained by The Canadian Press under the Access to Information Act.

The Liberals left such language out of the anti-poverty law they introduced before Parliament broke for Christmas. Bill C-87, known as the Poverty Reduction Act, is awaiting the start of second-reading debate.

The presentation says the Liberals should aim to reduce poverty by 25 per cent over five years; the bill includes a somewhat less ambitious target of a 20-per-cent drop by 2020 from 2015 poverty rates. Both the presentation and the bill propose a reduction of 50 per cent over the next decade.

The difference between the recommendation and the legislation now before the House of Commons gives a window into the push and pull inside the government over how to put talk of human rights into law.

The debate about how far to go in law — and what it would mean for governments — has, according to sources, contributed to delays in the Liberals' promised legislation to enshrine a 10-year, $40-billion housing strategy into a different law and provide a proposed "right to housing."

Social Development Minister Jean-Yves Duclos said the Liberals are committed to wrapping human rights into their anti-poverty and housing plans not just because it is the moral thing to do, but because it makes a major economic impact.

"When we recognize that it's a human right to be housed decently and safely, that indeed there are pressures on governments, and the federal government in particular, to admit that it has to live up to its responsibilities ... I see this positively," Duclos said in an interview. "It does help me within the federal government, to be able to engage with provinces, territories, other stakeholders of all sorts ... to use a human-rights perspective so that we can work better together along the importance of giving everyone a real and fair chance to succeed and making sure no one is left out."

The federal New Democrats have pushed the Liberals to take a stronger human-rights approach in their legislation, leaning on advocates who say it would ensure policy or legislative hurdles to meeting goals are identified early.

What causes concern is whether parliamentary approval of these rights would allow tenants to take landlords to court for being denied an apartment, for example.

"We can't come up with policies that don't actually attack the issue, which is homelessness," she said. "The most important thing is that the policies and legislation that we do pass ... cannot ever put somebody behind the eight-ball."