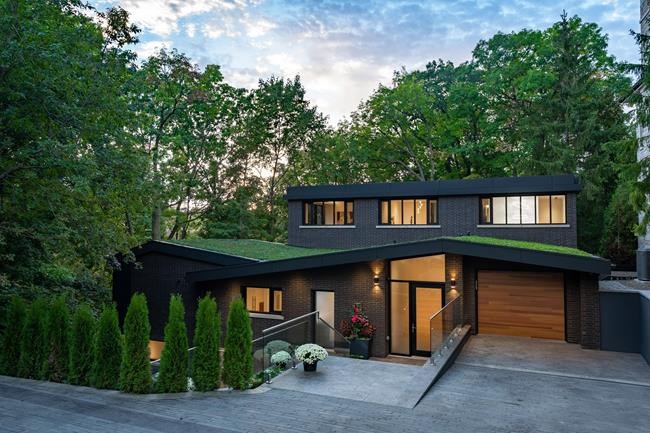 The report released Wednesday found that Vancouver, Toronto and Calgary saw large drops in high-end real estate sales in 2018 as the markets dealt with a number of headwinds including tighter supply, higher foreign buyers taxes and strained economic conditions due to the falling price of crude.

"There were a series of policy initiatives that were put in place... (and) what we're seeing now is that the combination of these things has taken hold and has delivered a soft landing that (governments) were hoping to see," said Brad Henderson, president and CEO of Sotheby's International Realty Canada.

The real estate brokerage said there continues to be rising consumer anxiety in the Vancouver housing market about the "unintended outcomes" of the government intervention.

Last year, the B.C. government increased the foreign buyer tax to 20 per cent and expanded its geographical area, raised school taxes for homes valued over $3 million and launched new taxes on speculation and empty homes.

The Sotheby's report — which looked at the high-end housing market in Toronto, Vancouver, Calgary and Montreal — found that the number of homes that were sold for $1 million and higher was down 26 per cent in Vancouver. While home sales priced $4 million and more fell 49 per cent year-over-year.

In Calgary, sales of homes for $1 million and more fell 10 per cent in 2018 as crude oil prices plunged in the last quarter of the year. Only one home sold for more than $4 million in that city in 2018.

He said it's important to note that the Toronto market picked up traction in the back half of 2018, a sign that it is still buoyed by population gains and a steady economy.

Sotheby's said Montreal was an anomaly for luxury sales in 2018 even though it indicates there are signs that the momentum is beginning to plateau in Quebec's largest city. Montreal home sales over $1 million and more increased 20 per cent year over year, while homes sold for more than $4 million fell eight per cent, the report found.

The brokerage also noted that the top-tier condo market across the country saw strength in 2018 due to other property types moving out of financial reach for many buyers, and baby boomers looking to downsize from their homes.

It warned that although the high-end real estate market nationwide will continue to be supported by stable population growth, volatility in stock markets may shake consumer confidence in the coming year.

Henderson said Sotheby's expects there to be continued downward pressure in the high-end Vancouver and Calgary real estate markets due to the lagging oil price and the foreign buyer taxes.

He expects to see growth in both the Toronto and Montreal markets in 2019, but not at the unprecedented pace seen in the past few years.

"The lack of listings is frustrating the market a bit," said Henderson. "It will cause upward pressure on price, but it will be in the single digits, not the double digits. Until there is more stability and confidence in the market, we won't see the number of listings increase significantly in Toronto."