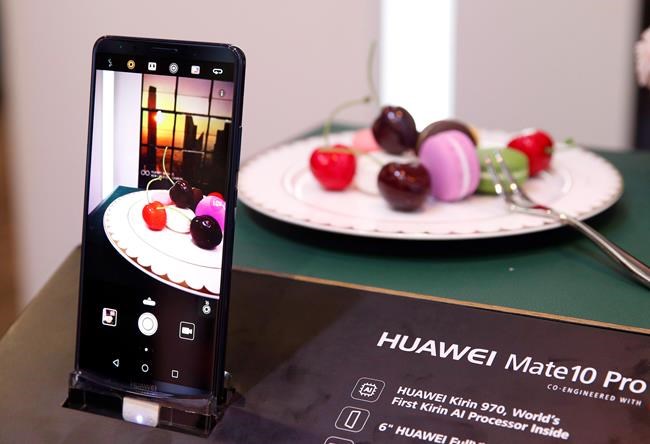 REGINA — Saskatchewan's main telecom provider says it won't severe ties with Chinese firm Huawei Technologies despite calls from the Opposition NDP for the government to investigate any risk the relationship may pose.

Cutting ties with the company, along with removing and replacing equipment, would cost several million dollars, he says.

"It would also put SaskTel at a significant competitive disadvantage in the deployment of 5G technologies by probably up to three years," Godfrey said Tuesday.

NDP Leader Ryan Meili said earlier that allegations against Huawei of espionage and security threats could require SaskTel to cut its contract with the company.

Meili has written a letter to Premier Scott Moe calling for an immediate moratorium on any further deals between the two companies.

"How much would it cost Saskatchewan and SaskTel to extract ourselves from these contracts should there prove to be any reason to fear that we're exposed in any way?" Meili asked in Saskatoon.

Godfrey said the relationship between the two is positive, but SaskTel would comply with any directives from the federal government.

Ralph Goodale, Canada's minister for public safety, said analysis on 5G technology is currently underway but there haven't been any conclusions.

"What we are determining now is what are appropriate steps that need to be taken to ensure that as telecommunications evolves into 5G from 4G, that security is not compromised," Goodale said after a speech in Regina.

The NDP said SaskTel ratepayers have provided Huawei with $181 million for services since 2010 and there's a joint agreement with the University of Regina to provide improved mobile phone services to the post-secondary institution.

The provincial government said it's monitoring concerns about Huawei and has been in contact with SaskTel.

"We will continue to monitor this situation to ensure that the data and privacy of SaskTel customers — and people in Saskatchewan, remains secure," Minister Don Morgan said in a statement.

Meili is also asking the government to provide a thorough description of Huawei's involvement with SaskTel.

"I don't think we should make a sudden end to these contracts," he said. "Let's get all the details, make absolutely sure there's no risk, make that public."

Daniel Tobok, an international cyber security expert who heads the company Cytelligence, has said Canada is potentially connected to Huawei forever as it will need to rely on the company's support for maintenance and upgrades.

Huawei founder Ren Zhengfei said Tuesday that the company would not comply with any Chinese government requests to disclose confidential information about its foreign customers and their communication networks.

Huawei's chief financial officer, Meng Wanzhou, was detained by Canada on Dec. 1 at the request of the United States.

The U.S. wants Meng extradited to face charges that she committed fraud by misleading banks about the company's business dealings in Iran.

— With files from The Associated Press and CKRM