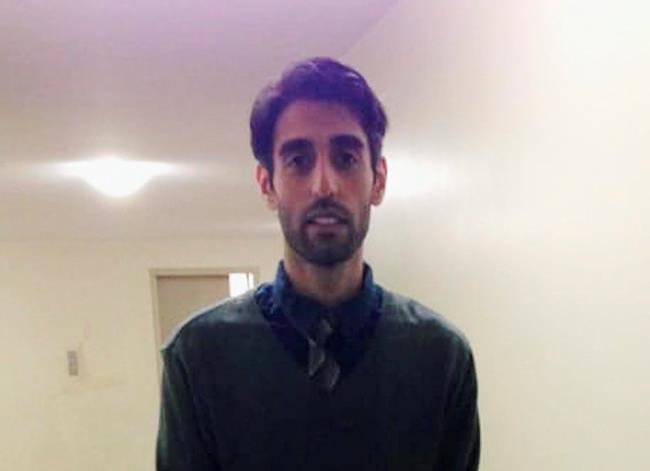 TORONTO — Police officers who searched the bedroom of a shooter shortly after he carried out a deadly attack in Toronto's Greektown last summer found a stockpile of ammunition and gun accessories but no firearms, newly released court documents show.

Investigators accompanied by an explosive-sniffing dog went into the apartment Faisal Hussain shared with his parents in the hours following the July 22 rampage on the city's bustling Danforth Avenue that killed two people and left 13 others injured, according to documents made public this week.

That first search was conducted without a warrant out of a pressing concern for public safety, but officers returned later after getting the green light from a justice of the peace, according to the documents, which were filed by police to obtain the court's permission.

Police also found a soft rifle case, a trigger guard, a white substance "believed to be a narcotic," an Islamic headdress, several cellphones, computers and tablets, and DVDs that appeared to be about 9/11 conspiracy theories.

Though they seized the electronics "to preserve evidence and allow...Faisal Hussain's grieving family back into their apartment," investigators had to seek permission to search the items later, the documents show.

"Faisal Hussain's only companions appear to be his parents and they do not even know him that well and what he has been up to," the officers argued. "The only way of understanding the true extent of what occurred or was planned is to go to the only places Hussain spent time, which is on these devices."

The documents say Hussain's father told officers his son "did not smile much lately and stayed in his room playing video games," often only emerging to eat. But officers noted no gaming console or television were found in his room.

"This would suggest that these items taken from his room were likely the devices he was using on a regular basis," they said.

The court documents do not say what investigators found on the devices, but indicate they were looking for data that would provide them, among other things, with "a background into pre-murder activities, including any potential witnesses or accomplices."

Hussain's rampage killed 10-year-old Julianna Kozis and 18-year-old Reese Fallon. He was found dead nearby shortly afterwards. A day after the shooting, Hussain's parents issued a statement outlining their son's battle with depression and psychosis. They also decried Hussain's "senseless violence,'' described his actions as "horrific,'' and offered condolences to victims' families.

Ontario's police watchdog said Wednesday that the officers who exchanged fire with Hussain were justified in their actions and were not responsible for his death.

The Special Investigations Unit said there are no reasonable grounds to lay criminal charges in Hussain's death, adding it is satisfied based on the evidence that the 29-year-old took his own life.

The agency said it interviewed 15 civilian witnesses and seven police officers as part of its investigation. It also reviewed surveillance video, in-car camera footage and Hussain's autopsy report as well as a firearms report.

The watchdog said one of the two officers who came to the scene reported fearing for his life after Hussain fired two to four shots in their direction. Forensic evidence shows one officer fired at Hussain three times in response, while the other fired at him once, it said.

Video footage shows Hussain then ran north and west until he disappeared from sight behind a church, the SIU said.

Another officer who was in the area found Hussain lying on his back near the church with a "significant injury to the right side of his head," the agency said. The officer also saw a shell casing next to Hussain's head, an empty magazine on the sidewalk and a black handgun in his right hand, it said.

Hussain's autopsy report concluded that he died from a gunshot wound to the head, an injury that would have immediately incapacitated and killed him, the SIU said.

"It would have been impossible for Mr. Hussain to run away as depicted if either officer had caused the injury to Mr. Hussain as observed in the post-mortem report," the agency's director, Tony Loparco, said in the SIU report.

"Given the evidence, including the results of the post mortem examination, I instead conclude that Mr. Hussain died at his own hands when he decided to shoot himself in front of the Danforth Church."

There is also no evidence suggesting anyone else shot Hussain, and it appears unlikely that someone could have done so considering he was armed and prepared to shoot, Loparco said.