‘Not out of the woods:’ Alberta easing oil production cuts as price improves 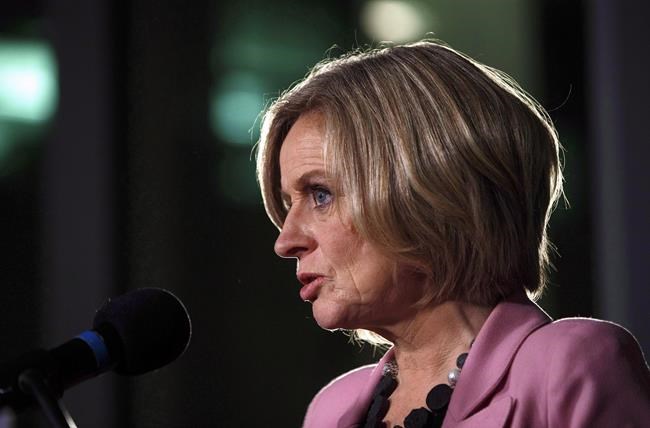 EDMONTON — Alberta is easing mandatory production cuts as the price of oil increases, but industry players remain concerned about the underlying problem that drove the curtailment in the first place: a lack of adequate pipeline capacity.

"We're not out of the woods yet, but this temporary measure is working," Premier Rachel Notley said in a statement Wednesday.

"While it hasn't been easy, companies big and small have stepped up to help us work through this short-term crisis while we work on longer-term solutions, like our investment in rail and our continued fight for pipelines."

Notley thanked Alberta producers for working with the government to protect the jobs and livelihoods of thousands of Alberta families and business.

"Your co-operation has been key to easing these limits ahead of schedule," she added.

Last month, the province ordered production of raw crude oil and bitumen to be reduced by 325,000 barrels per day, or about 8.7 per cent of Alberta's production. It was a way to manage the punishing price gap between Alberta heavy and U.S. light oils, which exceeded $50 a barrel at times last fall.

The discount has since narrowed. According to figures on the Petroleum Services Association of Canada's website, the differential was just US$9 as of Tuesday.

Tristan Goodman, president of the Explorers and Producers Association of Canada, told a news conference Wednesday he's glad to see a sensible approach toward easing the production cuts, but it will only go so far.

"Without fixing the market access problem, the reality is you're going to eventually end up back in a similar situation because we're missing that fundamental key piece that we're going to keep hammering on, which is market access."

The province said the amount of oil in storage has dropped more quickly than expected since it introduced the production cap in December, declining five million barrels to 30 million.

The first 10,000 barrels per day a company produces are exempt from the cuts, affecting 28 of more than 300 Alberta players.

Gary Mar, head of the Petroleum Services Association of Canada, said the curtailment policy has been tough on members of his group, which are contracted by oil and gas producers.

He said he'd like to see the cuts end as long as it's in a "rational way."

He cited one central Alberta company that had a $4-million drilling contract lined up before the cap was brought in.

"They assembled all of the equipment and all the manpower necessary to complete the contract, which would have commenced Jan. 1," Mar said.

"That project is now cancelled indefinitely and this company is quite likely to go under in the next quarter ... This is not a hypothetical issue."

— By Lauren Krugel in Calgary.