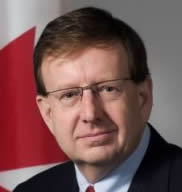 At a town hall meeting in January 2017, Prime Minister Trudeau responded to a question on the expensive toll to cross the federally-owned Confederation Bridge connecting Prince Edward Island to Canada by committing to “look at what can be done to make sure that people are able to travel freely, travel efficiently, and openly across this country at modest costs.”

Two years later, Prince Edward Islanders are wondering when that commitment will be honoured, and those “modest costs” will be implemented.

Since that town hall, tolls on Confederation Bridge have steadily risen, and now stand at $47.75. Meanwhile the Champlain Bridge in Montreal, also owned by the Government of Canada, is nearing completion with not a toll booth in sight, because during the 2015 federal election campaign, Justin Trudeau committed to cancelling its toll. The original purpose of that toll was, in the words of the 2014 federal budget, to “recover the cost of construction and pay for operating and maintenance costs. . .  limiting the exposure of Canadian taxpayers to ongoing costs.”

The feeling among many Islanders is that the prime minister has favoured one part of the country by eliminating the toll in one region and not the other, and they question why Canadians are being treated differently depending on where they live. To cancel the proposed toll on the new Champlain Bridge while leaving the Confederation Bridge toll untouched does not help to disabuse Islanders of that notion.

What are Islanders to think? Having accepted that the only way to achieve a bridge replacing the weather-dependent ferries connecting the province to their fellow Canadians was to pay tolls, they now discover that the rules have been changed.Today, they are faced with the multi-billion dollar Champlain Bridge that will not only be toll free, but will also be constructed, operated and maintained at the federal government’s expense. Suddenly a bridge that was to have a toll – which, by the way, was to have been but a fraction of the one for Confederation Bridge – is now to charge no toll whatsoever. Where is the fairness in that?

In response, Prime Minister Trudeau justified removing the planned tolls on Champlain Bridge by arguing that it was replacing an existing bridge that does not charge tolls.

There are two counterarguments to such a claim. Firstly, for almost half of its existence, the original Champlain Bridge did indeed charge a toll, which was not lifted until 1990. Perhaps if the new Champlain Bridge also charged tolls for the first 28 years of its useful life, Islanders would no longer find the situation objectionable.

But more fundamentally, for Islanders, the idea that the new Champlain Bridge is a “replacement bridge” is a distinction without a difference. Every bridge is a replacement for what came before, be that an older bridge, a ferry, or a lengthy alternate route. In the case of the link between Prince Edward Island and the rest of Canada, it was initially a steamer during the summer and iceboats in winter. Later, they were replaced by a year-round ferry, which in turn was replaced by Confederation Bridge and the seasonal ferry we have now. As time and technology advanced, the nature of that link evolved as one mode was “replaced” by another.

Just as the new Champlain Bridge will replace its predecessor, so did Confederation Bridge replace the link that had previously existed.

The simple truth is, the Champlain Bridge will be toll free as a result of political calculation. It was certainly not based on any financial consideration. Everything else is mere justification after the fact.

Treating Canadians differently depending on where they live, in addition to being grossly unfair, increases regional alienation by pitting citizens in different provinces against each other.

It is time for Prime Minister Trudeau to show leadership and reduce this strain on national unity by fixing the toll problem.

Percy Downe is a Senator from Charlottetown.
The views, opinions and analyses expressed in the articles on National Newswatch are those of the contributor(s) and do not necessarily reflect the views or opinions of the publishers.
Click here for more political news headlines
Tweets by @natnewswatch