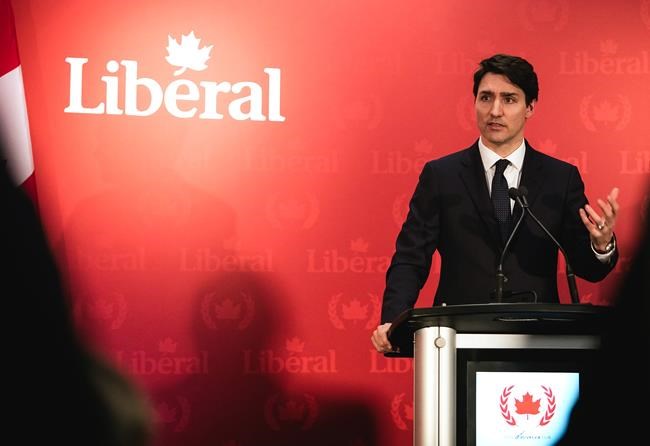 OTTAWA — Canada's top bureaucrat launched a vigorous defence Thursday of the government's handling of the criminal prosecution of SNC-Lavalin, bluntly declaring allegations of political interference to be false and even defamatory.

Michael Wernick, clerk of the Privy Council, took opposition MPs to task for jumping on the anonymously-sourced allegations to accuse the government of obstructing justice.

He also challenged former attorney general Jody Wilson-Raybould's assertion that solicitor-client privilege prevents her from responding to the allegations that she was improperly pressured by the Prime Minister's Office to spare the Montreal engineering giant a criminal trial on charges of corruption and bribery related to government contracts in Libya.

Wernick was testifying during the first round of hearings by the House of Commons justice committee into the affair that has rocked the Liberal government, resulting in Wilson-Raybould's resignation from cabinet last week and the departure of Prime Minister Justin Trudeau's principal secretary, Gerald Butts, earlier this week.

The allegations first surfaced in a Globe and Mail report two weeks ago, citing unnamed sources.

"I'm here to say to you that the Globe and Mail article contains errors, unfounded speculation and, in some cases, is simply defamatory," Wernick told the committee.

From everything he knows, Wernick said the Prime Minister's Office handled the matter with integrity. There was vigorous debate internally about whether Wilson-Raybould should exercise a legal option to instruct the director of public prosecutions, Kathleen Roussel, to negotiate a remediation agreement with SNC-Lavalin. That agreement is a kind of plea bargain in which the company would pay restitution but not get a criminal conviction that could financially cripple the company by barring it from bidding on government contracts.

Wernick said those discussions were perfectly legal and didn't cross the line into improper pressure on the attorney general, whom he noted was repeatedly assured by Trudeau that a final decision on the matter was hers alone. In essence, he said the controversy is much ado about nothing.

"We are discussing lawful advocacy that the minister take a lawful decision which in the end she did not take," he told the committee, noting that the prosecution of SNC-Lavalin continues.

Wernick is not a lawyer. But he said based on his decades of experience as a senior bureaucrat under multiple Liberal and Conservative governments, he doesn't believe solicitor-client privilege stops Wilson-Raybould from telling her side of the story.

He said he doesn't see where she was acting as a solicitor giving advice to either the cabinet, which never discussed the matter, or the prime minister.

Under opposition questioning, Wernick allowed that he might not be aware of every conversation in which Wilson-Raybould may have felt pressured. He also acknowledged that she may have interpreted something that was said, including by him, as undue pressure.

But if that was the case, he said there were "multiple, multiple, multiple" occasions on which Wilson-Raybould could have reported the matter to the federal ethics commissioner or to the prime minister, which she did not. Among other things, he said she could have raised the matter with the ethics commissioner in early January, when Trudeau informed her he was moving her to the veterans affairs portfolio — a move Wernick denied amounted to firing or demoting her.

"Then she could have declined the offer of the seat," Wernick shot back.

Wilson-Raybould is expected to testify before the committee on Tuesday. Wernick predicted she'll express concerns about undue pressure in three meetings which occurred in September and December. He said in his view all three, two of which he described in some detail, were "entirely appropriate, lawful, legal" and on which he's prepared to "submit to the judgment of the ethics commissioner," who last week initiated an investigation into the allegations.

Wernick prefaced his testimony on the SNC-Lavalin affair with a remarkable speech in which he said he's "deeply concerned" about the deteriorating tone of partisan discourse — including incitements to violence that he fears will lead to someone getting shot during this fall's election campaign.

Both Raitt and Rankin pointed to the fact that Wilson-Raybould was shuffled out of justice in early January, after the meetings described by Wernick.

"Everybody knows you can't direct the attorney general but you can fire her and that's what happened," said Rankin.

Earlier at the committee, Justice Minister David Lametti also said it was entirely appropriate for the Prime Minister's Office to discuss the SNC-Lavalin prosecution with Wilson-Raybould.

Speaking in Halifax Thursday, Trudeau said he remains puzzled by Wilson-Raybould's resignation from cabinet despite her explanations this week behind closed doors to cabinet ministers and the Liberal caucus.

"This is not a decision that remains clear to me," Trudeau said.