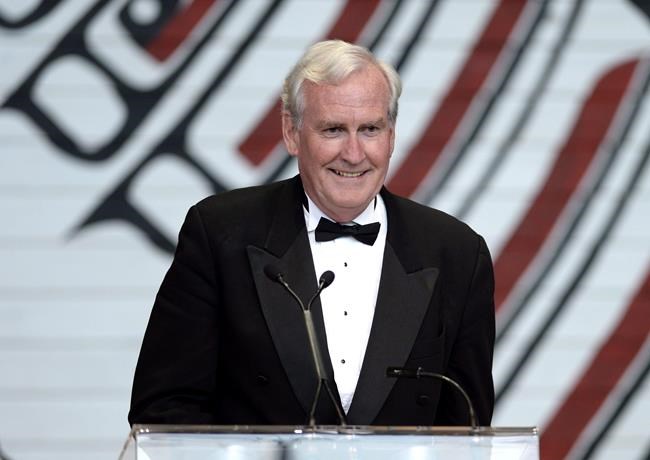 FREDERICTON — Former House of Commons sergeant-at-arms Kevin Vickers is expected to announce Friday whether he intends to seek the Liberal leadership in New Brunswick.

The retired ambassador to Ireland tweeted Wednesday afternoon that a news conference is set for noon in Newcastle on Friday.

Vickers was hailed as a hero for helping to end the 2014 attack on Parliament Hill.

Last month he said in a bilingual Facebook post that he would retire as Canada's envoy to Ireland, effective March 2, and return to his home in Miramichi, N.B.

Vickers has been touted as a possible candidate for the Liberal leadership to replace former premier Brian Gallant.

In December, Vickers indicated an interest in the job but at the time said he was a "long ways from making a decision."

More recently he has been travelling the province to hear from residents before making his decision.

Lisa Harris, the Liberal member for Miramichi Bay-Neguac, says it's a big day for the province to have Vickers considering a run for the leadership.

"He's just a dynamic, smart and intelligent individual that has a lot to offer," Harris said.

"Liberals are very excited about Kevin Vickers even considering putting his name into this race."

Vickers, born and raised in Newcastle, N.B., held the ambassador post since January 2015.

He has a long career of public service, including 29 years in the RCMP. He also served as aide-de-camp for the lieutenant-governor of New Brunswick. He served as sergeant-at-arms for the House of Commons between 2006 and 2015.

On Oct. 22, 2014, Vickers shot and helped take down a man armed with a .30-30 rifle. Michael Zihaf Bibeau had barged into Centre Block on Parliament Hill after killing honour guard reservist Cpl. Nathan Cirillo at the National War Memorial.

The New Brunswick Liberal party won just 21 seats in last fall's provincial election — one fewer than the Tories. The Liberals relinquished their hold on power in November after losing a confidence vote in the legislature.

Tory Premier Blaine Higgs' minority government is relying on support from a third party - the right-leaning People's Alliance, led by Kris Austin. But that arrangement is set to expire next year.

Rene Ephestion, who leads the New Brunswick Liberal Multicultural Inclusion Commission, has also expressed an interest in running for the party's leadership. Gaetan Pelletier, a businessman from Charlo, has also announced his intention to run.

As of Wednesday afternoon, Liberal party officials said they had not received paperwork from any candidate.

The party will choose a new leader on June 22 in Saint John.