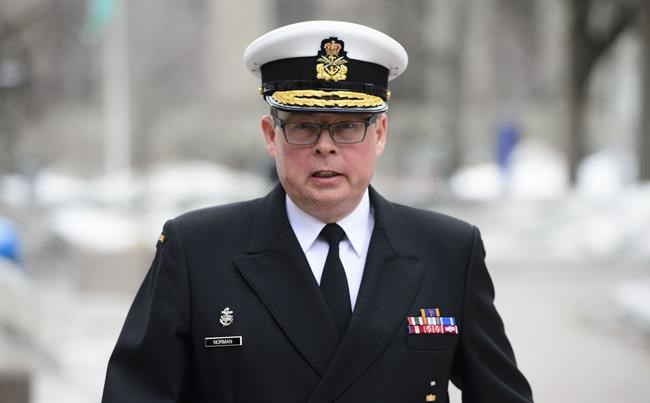 The revelation represented the latest twist in Henein's months-long fight for thousands of government documents she says are essential to prove his innocence.

Subpoenas were issued last month for emails, BlackBerry messages and other internal communications from Trudeau, Wernick and other top officials about Norman as Henein seeks records to prove political interference in the case.

Yet while Henein told the court that she had recently received a copy of Wernick's memo to the prime minister as part of a larger trove of documents, she said she couldn't read the contents because they were completely blacked out.

"We received in the material that's come to us — in completely redacted form for solicitor-client privilege — a memo from Michael Wernick to the prime minister," Henein told Justice Heather Perkins-McVey.

"Mr. Wernick is not a lawyer, I don't believe," Perkins-McVey replied, though she quickly added: "I'm not sure."

It was at that point that Henein said she planned to present arguments on why the contents of that memo and others obtained from the government should be released.

Among the other memos were two sent to Wernick by the Privy Council Office's top lawyer, Paul Shuttle.

"These are the key documents that I can tell you were immediately concerning to me," Henein said.

Perkins-McVey agreed to set a date in mid-April for Henein and lawyers for the government to argue over whether the contents of the memos should be disclosed.

Norman, who previously served as the military's second-in-command, was charged last year with breach of trust for allegedly leaking government secrets to pressure the newly minted Trudeau government to approve a $700-million shipbuilding contract.

That contract, negotiated by the Harper Conservatives and finalized by Trudeau's Liberals in November 2015, involved leasing a converted civilian ship from Davie Shipbuilding in Quebec as a temporary naval supply vessel.

Norman has denied any wrongdoing and his politically charged trial is currently scheduled to start in August and run through much of the fall federal election.

The court also heard from lawyers for Davie and its bitter rival Irving Shipbuilding of Halifax, which offered, unsuccessfully, to provide its own interim supply ship to the navy until permanent replacements could be built.

Their appearance coincided with Perkins-McVey contemplating whether to release to Norman's lawyers documents deemed by government lawyers as commercially sensitive to the two companies.

Davie's lawyer, Sean May, told the court Thursday the company agreed to disclose the technical details about its ship, the MV Asterix, which is currently operating with the navy in the Pacific. However May said the company objected to the release of any financial information.

"Any information which would deal with specific ... commercially sensitive costs and related issues in that vein," May said. "The numbers, essentially."

Perkins-McVey agreed to that request following approval from Norman's lawyers as well as Irving's request that information dealing with its own bottom line be similarly withheld.