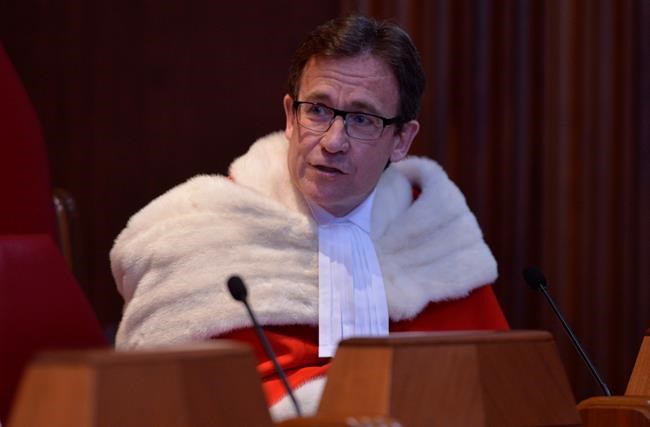 The 59-year-old Gascon, who is from Quebec, announced on Monday that he will step down from the country's top court for personal and family reasons in September.

Trudeau says former prime minister Kim Campbell will once again lead the search as the head of an advisory panel whose members have not yet been named.

The panel will be responsible for drawing up a short list of between three and five potential candidates, all of whom must be trained in civil law and hail from Quebec.

The decision to launch the search to replace Gascon likely means the next justice will be appointed before this fall's federal election.

It also comes against the wishes of the Opposition Conservatives who asked Trudeau to put the appointment on hold and conduct an investigation into who leaked information about a dispute between Trudeau and former attorney general Jody Wilson-Raybould over who should be chief justice of Canada's top court.

According to sources, Trudeau was concerned about her choice because he believed Joyal has a conservative, restrictive approach to interpreting the Charter of Rights and Freedoms.

The leaks, which Trudeau says did not come from his office, landed in the midst of a furor over Wilson-Raybould's contention that she was improperly pressured last fall to stop the criminal prosecution of SNC-Lavalin on foreign bribery charges.

The reports suggested Trudeau had reasons unrelated to the Montreal engineering giant to move Wilson-Raybould out of the prestigious justice portfolio to Veterans Affairs in a mid-January cabinet shuffle.

Wilson-Raybould believes the move was punishment for her refusal to halt the prosecution. She resigned from cabinet a month after the shuffle and was removed from the Liberal caucus in early April.

Gascon officially retires Sept. 15, which is after the official start of the fall election.

If the House of Commons is to have a chance to hear about the decision and ask questions of the new judge before the election, the advisory committee and Trudeau will have to make a decision before the end of June.

Trudeau is not required to select a judge recommended by the advisory panel.

Trudeau set May 17 as the deadline for interested to candidates to submit an application package.