Climate change should be top issue for voters in October, advocates say 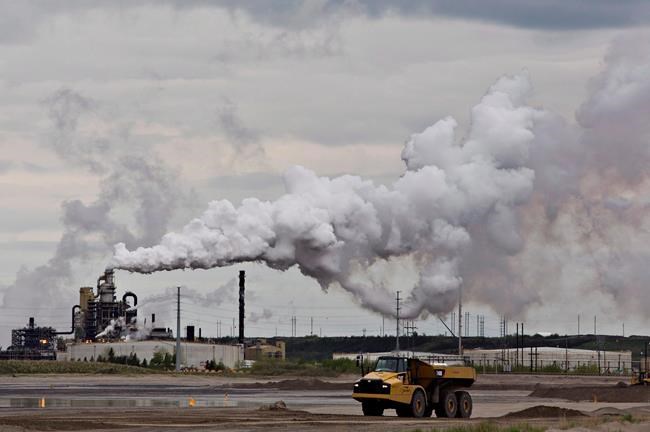 OTTAWA — A large group of Canadian climate scientists, environment advocates, business owners and corporate executives want climate change to be the No. 1 issue for voters this fall, including problems and solutions beyond the federal carbon tax.

A hundred of them signed an open letter to Canadians this week, urging them to understand the impacts of climate change and the solutions each party offers before casting their ballots in October.

Those behind the letter fear important discussions about climate change are being lost in the sea of political rhetoric for or against a national carbon price.

"It's a national emergency," said Gavin Pitchford, the CEO of recruiting firm Delta Management and executive director of Clean50.

All the signatories of the letter have received Clean50 awards in the past eight years for their contributions to "clean capitalism," including Unilever, HP Canada, the Vancouver Economic Commission and Cascades.

Pitchford said Canadians need to be better informed about both climate-change impacts and the possible responses that will prevent catastrophic changes to the planet.

"I'm concerned there is an awful lot of misinformation being promulgated by various political parties to suggest that climate doesn't matter," he said.

The Paris climate-change agreement signed in 2015 committed almost every country in the world to trying to keep the warming of the earth to as close to 1.5 C as possible. Last fall, the United Nations Intergovernmental Panel on Climate Change warned the world is already on an irreversible track to 1 C of warming, and will hit 1.5 C by 2040 unless the world's political will to cut emissions gets stronger.

The letter stresses that for emissions to be curbed, it is people, not countries, that have to do the heavy lifting because climate change is caused by human activity. It also goes after those who dismiss global warming as a natural phenomenon.

"Science clearly tells us that is not true, that in fact temperatures should actually have been decreasing each century over the past 6,000 years," the letter-writers say. "Instead, temperatures have risen steadily, and the five hottest years ever recorded have been the last five years. Climate change is real — and by both burning too many carbon based fuels — and cutting down the trees needed to absorb that carbon, humans are responsible."

Merran Smith, executive director of Clean Energy Canada, says the political fight about the federal Liberals' carbon tax has become a distraction from the message Canadians should be getting: that climate change is the key issue of our time.

She said if this election is not about stopping climate change, Canada and the world will suffer immensely.

"International studies show we have about three to four years to turn things around," said Smith.

She also said climate change affects almost any other issue voters might care about, from health care to the economy to immigration.

Climate change is going to make parts of the planet too hot for humans, driving climate refugees into countries like Canada, in addition to the political refugees the world already is struggling to handle, she said.

She said the economic opportunities of clean technology will leave Canada in the dust if investing in and demanding its use aren't priorities for any government.

Canada's economy suffers from natural disasters like flooding and forest fires, which are becoming more damaging and more frequent with global warming.

A coalition of 20 health care organizations in Quebec also launched a campaign Tuesday, warning Canada's health system is not ready for the force of climate change. They say 20,000 people in Quebec alone will die of climate-change related illnesses and events in the next 50 years.

Last fall, a scientific report published in the medical journal The Lancet suggested more than 7,000 Canadians die each year from chronic air pollution resulting from emissions.