No guarantee of federal decision on Trans Mountain pipeline before election: Sohi 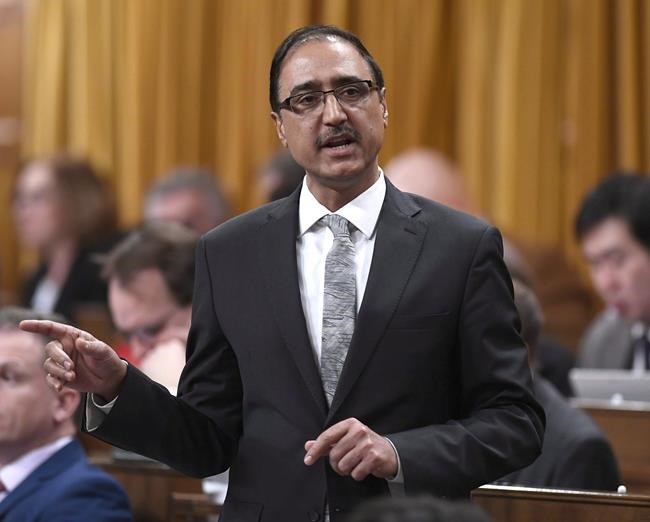 CALGARY — The federal government can't guarantee it will have a decision on the proposed Trans Mountain pipeline expansion prior to the next election, Natural Resources Minister Amarjeet Sohi said.

The deadline was pushed back to June 18 from May 22 on the recommendation of Indigenous communities and former Supreme Court justice Frank Iacobucci, who is advising the government on the consultation process.

The proposal to twin the existing Trans Mountain pipeline between Edmonton and Burnaby, B.C., was first approved by cabinet in 2016. The Federal Court of Appeal rescinded that decision in August, because it said neither the environmental review nor the Indigenous consultations had been properly completed.

The federal government then purchased the project from Kinder Morgan for $4.5 billion and, earlier this year, the National Energy Board endorsed the pipeline expansion after a reconsideration of its affect on marine life off the B.C. coast.

The energy regulator said in February that it will impose 156 conditions on the project if it is approved. It has also made 16 new recommendations to the federal government.

Sohi told reporters at a clean energy announcement in Calgary on Thursday that he doesn't expect the deadline will be pushed back again.

"We have been engaging with Indigenous communities for the last several months and we have close to 60 individuals and eight teams that are actually in B.C. and Alberta engaging in a meaningful way," Sohi said.

"I'm very confident that by June 18, cabinet will be able to make a decision on this project."

But despite the deadline, Sohi wouldn't guarantee a decision would come before the next federal election expected this fall.

"No, I cannot commit to that because it's not my decision. It's the decision of the cabinet," he said.

"What I can commit to is that we will follow the process, we will continue to engage Indigenous communities in a meaningful two-way dialogue to ensure that our constitutional obligation is met."

"We have a shared goal of ensuring we are working hard on behalf of Albertans on a shared goal of continuing to grow the economy, to create jobs and to move forward in getting our resources to global markets," he said.

Sohi shrugged off Kenney's plans to eliminate the carbon tax and lift the cap on Alberta oilsands emissions.

"Each province is expected to have their own climate change plan in place and the cap on emissions from oilsands development is part of that plan and we look forward to working with the new government to understand how they will continue to either support that plan or have a new plan," Sohi added.

"We understand the amount of emissions that are generated in Alberta are significant."