European trade deal hasn’t been a breakthrough for Canadian agrifood 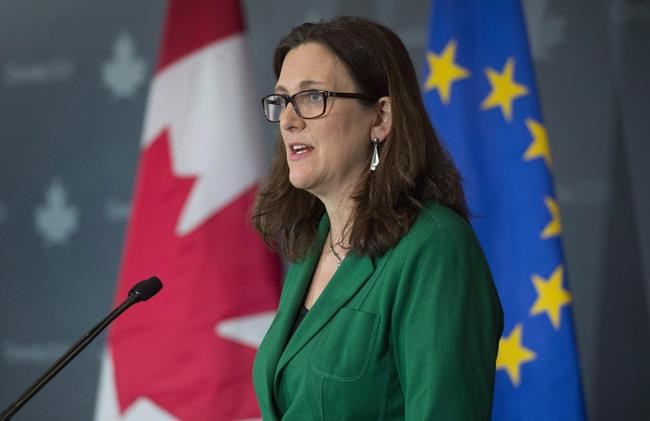 Ottawa—The federal government has to make better use of dispute mechanisms in the free trade deal with the European Union to tackle protectionist measures that are hindering agrifood exports to Europe, says the Canadian Chamber of Commerce

The 18-month-old trade deal removed most tariffs but that “doesn’t necessarily mean that Canadian exports aren’t being blocked from entering the market by other means,” the Chamber says in a report about opportunities for the Canadian crop sector in Europe.

While Italy’s country of origin ban on Canadian durum is the best known trade impediment, food safety rules that are not based in science are also being used by countries to block or impede Canadian products, said Mark Agnew, the Chamber’s Senior Director of International Policy.

“It is clear that Canadian crop exports to the EU are not reaching their full potential because of a number of outstanding protectionist practices,” he said. “Canada’s trade numbers show an alarming disparity in CETA benefits between our crop sector and general merchandise trade,” which rose by 6.5 per cent last year.

The deal provide for institutional structures for Ottawa and Brussels to discuss irritants, he said. “The answer to the crop sector’s troubles lies in making better use of its regulatory cooperation committees to deliver ambitious outcomes that will resolve these issues. Our biggest challenge is whether our government and the European Commission will be ambitious enough to resolve these issues.

For starters, the agrifood disputes should be elevated to a standing agenda item for the deal’s Joint Committee and Regulatory Cooperation Forum, he said. The Committee should “direct the lead officials on the Dialogue on Biotech and Regulatory Cooperation Forum to increase the predictability and efficiency of the EU system that would reduce asynchrony between Canadian and EU approvals with the goal of approvals in both countries within 24 months of submission or less.”

Another step would the creation of a Technical Working Group on Pesticides “with a mandate to develop a pathway to enhance Pest Management Regulatory Agency (PMRA) and European Food Safety Authority (EUFSA) collaboration and lay the groundwork for resolving MRL (minimum residue limits) misalignment, by potentially increasing the frequency of joint reviews.”

The trade partners could use “the Biotech Dialogue as a forum to exchange information on forward-looking issues pertaining to plant breeding innovations and responding to instances of low-level presences.”

Cam Dahl, President of Cereals Canada, which has been working on the durum ban, said the Chamber’s proposals “were very good ideas.”

Agnew said that “Fixing our access problems into the E.U. is not only about taking advantage of the trade deal, it is also about meeting the ambitious targets set out in the Economic Strategy Table report.” They call for Canada to export $85 billion worth of food products by 2025 compared to the current $60 billion.

“As the world’s largest single market, the EU is a crucial part of the pathway to achieve those objectives,” he said. The trade deal “offers a competitive advantage to Canadian companies over their American counterparts in this lucrative market.”

With a year and half of experience, “now is the time to assess where we can undertake appropriate course corrections to enable Canadian businesses to be even better positioned to capitalize on the agreement.”

While the trade deal institutionalizes regulatory cooperation between Canadian and European officials, it “should not be seen as the ultimate exercise of bureaucratic process, but rather as a convening tool for the key actors to deliver real results.

“The challenges that businesses face evolve over time with new trade barriers unfortunately always emerging,” he said. It’s crucial “that mechanisms exist which ensure an ongoing dialogue between government and industry.”

The federal government currently “has a wide set of mechanisms to receive this input, such as through the Trade Commissioner Service, overseas diplomatic missions or stakeholder contact in Ottawa. However, businesses are not always sure where to raise their concerns and valuable business intelligence may get lost in inter-departmental or intra-departmental processes.”