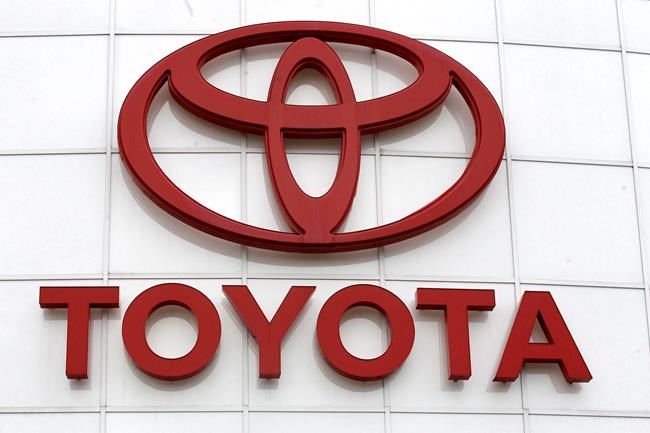 CAMBRIDGE, Ont. — Toyota will start building the Lexus NX SUV at its Cambridge, Ont., plant starting in 2022, the company announced Monday, saying the move demonstrates its commitment to staying in the province.

The plant will produce both a standard and hybrid version of the vehicle to supply the North American market.

"It means that Toyota's Canadian manufacturing operations are here to stay," he said during a news conference at the plant held with the prime minister.

Toyota will have extra capacity at the plant after announcing in March that it would shift production of the hybrid RAV4 SUV to its plant in Georgetown, Ky.

Last year, the company committed to invest $1.4 billion in its Cambridge and Woodstock plants in Ontario. The federal government committed $110 million to support the investment.

"We see that the auto industry is evolving rapidly and that's why ... being part of that and making those investments for the future also by investing in research, in science and in education and training for Canadians is how public investments are going to ensure that we continue to have great jobs right across Canada for many years to come."

Trudeau said Toyota's decision amounts to a "significant" vote of confidence at a time when the auto sector is facing many challenges.

The new product announcement by Toyota comes after the Ontario manufacturing sector was hit by major job loss announcements in recent months.