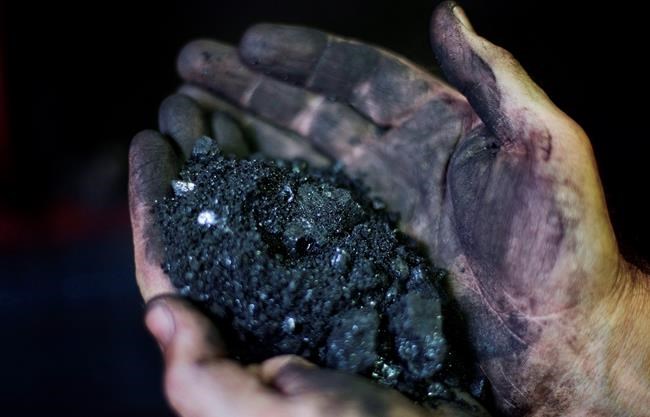 HALIFAX — Nova Scotia needs to do more to phase out coal-fired electrical plants despite the province's exemption from the 2030 federal deadline nationally, says a Halifax-based environmental group.

The Ecology Action Centre expressed concern Tuesday that under the terms of an existing equivalency agreement with Ottawa, Nova Scotia could still emit millions of tonnes of greenhouse gases from coal for as many as 10 years or more past the deadline.

Stephen Thomas, the centre's energy campaign co-ordinator, said he's concerned with the province's overall commitment, given it still has the most coal-dependent electricity grid in Canada with eight coal-fired generation units operated across four plants. All of the plants are owned by the province's privately held utility, Nova Scotia Power.

"The rest of Canada is phasing out coal," said Thomas. "Places with a lot more coal than Nova Scotia are making that commitment and I think we can here too."

Thomas believes the province can meet the 2030 deadline and is simply resting on its laurels after making previous gains that made it a national leader in the reduction of greenhouse gas emissions.

In fact, when it signed an agreement in principle for an equivalency agreement in 2016 that would go beyond 2030, it was a recognition the province had already met Canada's target of a 30-per-cent reduction in emissions from 2005 by 2030. That agreement is yet to be formalized.

Thomas said it's time Nova Scotia set an actual date for the phase out of coal and he called for governments and industry to better collaborate towards that goal.

He praised the recent move by the four Atlantic provinces and the federal government to explore transmission and local renewable electricity options across the region.

Thomas believes there is still more room for the development of wind and solar power, along with energy efficiency initiatives.

"The bottom line is we have a lot of options and that wasn't always true," he said. "It's reasonable if we take a little bit longer than 2030 to make sure that we get everything right ... but there's no reason why Nova Scotia has to be burning coal into 2040 and beyond."

Thomas also said coal should be eliminated because of health concerns, pointing out a federal analysis suggesting a phase-out by 2030 would avoid 89 premature deaths, 8,000 asthma episodes and 58,000 days of breathing difficulty in Nova Scotia.

However, a provincial Environment Department official said there are currently no plans to set a hard date for eliminating coal. Nova Scotia Power planning documents have previously projected that coal would continue to play some part in its energy mix until 2042.

Jason Hollett, the department's executive director of climate change, said the province can manage coal as part of the equivalency agreement while it implements a cap-and-trade system and sets an overall goal of reducing emissions by 45 to 50 per cent of 2005 rates by 2030.

"The whole point of the equivalency agreement and Nova Scotia's approach is that when you have a declining cap year over year you are going to be using less and less coal because you are restricted on the amount of emissions," said Hollett.

He said Nova Scotia's agreement isn't based on what an electrical plant can or can't burn, but simply on the idea that emissions have to be reduced in the most cost-effective way for Nova Scotia ratepayers.

Hollett said replacing coal plants before 2030 would mean an increased reliance on natural gas for years into the future, and the province would rather explore cleaner options over that longer period while meeting federal reduction requirements.

Under the existing agreement, Nova Scotia Power has to reach a target of 4.5 megatonnes by 2030, which Hollett said is a 60-per-cent reduction from levels in 2007.

Saskatchewan is the other province with an equivalency agreement that commits it to closing most of its coal-fired plants by 2030. It agreed to limit its electricity sector emissions to 33.5 megatonnes this year and not to exceed 64.5 megatonnes between 2025 and 2029.

Note to readers: This is a corrected story. A previous version reported the agreement up for public comment was newly proposed.