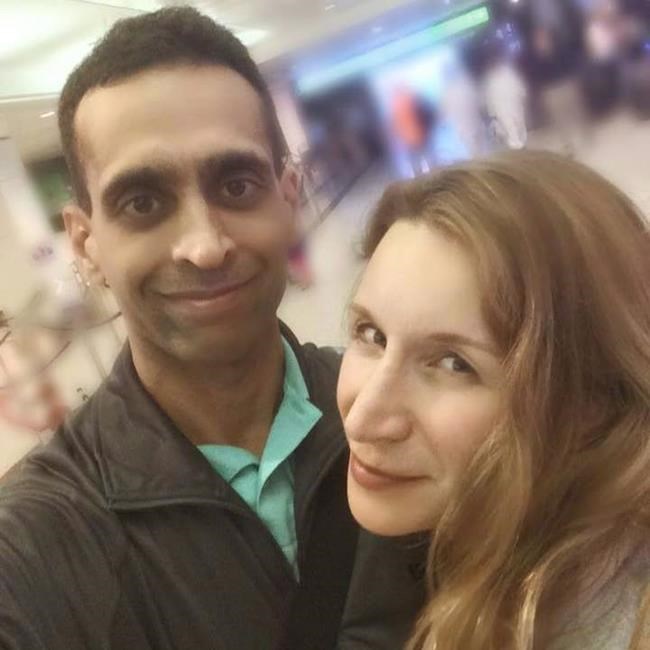 TORONTO — Elana Fric Shamji stayed with her abusive husband for more than a decade, despite her mother's pleas to leave the volatile relationship with her three young children in tow.

Now, Ana Fric hopes her daughter's brutal death at the hands of her spouse — just two days after she filed for divorce — will prompt others to act before it's too late.

"I want to talk about the domestic violence that she endured for 12 years before she died, in the hope that other women in similar circumstances will realize that unless they have the courage to leave their partners at an early stage, they could suffer the same fate as Elana," Fric said Thursday outside a Toronto court.

Moments earlier, Fric Shamji's husband, who pleaded guilty to second-degree murder, was sentenced to life in prison with no chance of parole for 14 years.

Court heard that Mohammed Shamji, a renowned neurosurgeon, killed his physician wife at their home on Nov. 30, 2016. He then stuffed her body into a suitcase, drove 35 kilometres north of the city and dumped it into the Humber River.

Fric Shamji, 40, was reported missing by her mother, who said she feared the worst after not receiving her daily phone call from her daughter.

Shamji's abuse began early in the couple's relationship, according to Fric, as well as numerous friends who gave statements cited in court documents.

Fric said she learned of the assaults not long after the couple's first child, who is now 14, was born.

"She told me that Mo had assaulted her and threatened her life and that of her young baby," Fric said. "I begged her to leave and to lay criminal charges."

Court documents show Fric Shamji told a friend at the time that her husband had "threatened to throw the baby in the river."

The couple separated for a few months, with Fric Shamji's father moving to Ottawa to help her raise the baby, court heard. After a time, the pair reconciled.

Fric said Shamji's abuse was emotional as well as physical.

"Even in my presence, he would call her insulting and vulgar names and belittle her," she said. "She felt worthless in his eyes."

Fric said she told her daughter to leave over and over again, but her pleas went unheeded.

The couple moved to Toronto in 2012 and the relationship improved for a time, Fric said, but that didn't last.

"Elana did not even have a bank account in her own name," she said of her daughter, who was a successful family doctor and respected in the health policy field. "He completely controlled every aspect of the family's lives, and was a tyrant."

Shamji also choked her during an argument until she passed out, Fric said, and sexually assaulted his wife in October 2016 — a month before she filed for divorce.

Shamji's lawyer, Liam O'Connor, said he did not want to comment on Fric's statements.

"I will not debate the facts today with a woman who has lost a child," he said in an email. "Ana Fric deserves some semblance of peace."

"It is also yet another case of domestic homicide that we see far too often in this court," he said. "Another group of children left without their mom, a spouse convicted."

Det. Sgt. Andy Singh, who led the investigation into the case, called domestic murders the "most heinous and serious crimes," and urged the public to take action if they suspect a loved one is being abused.

"It's very important as adults, as citizens, that if we recognize abuse or recognize somebody going through it, you need to speak to authorities and you need to bring it to somebody's attention who will bring action," he said.

Amanda Dale, the director of Feminist Alliance for International Action, said intimate partner violence is the most common form of violence.

Dale noted, however, that in the more than three decades she's worked in the gender-based violence field, she's seen that women from upper-class households had the most difficult time seeking help. Not because of structural barriers, but because of class anxiety.

"They were expected to reflect perfection," she said. "Their husbands held incredible social power, and often social charisma, that allowed them to maintain a public face that was impossible for (the women) to betray because they would not be believed."

— with files from Michelle McQuigge.