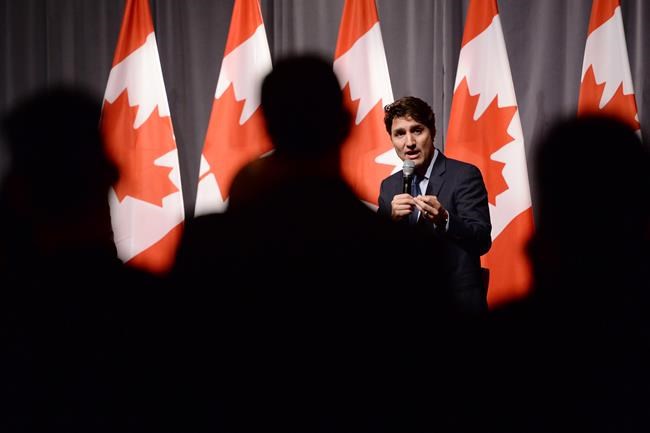 OTTAWA — The Liberal government's overhaul of the patronage system has led to gender parity in government appointments, but new figures show few of those women are in leadership posts and visible minorities are being left out.

Documents from the Privy Council Office obtained through the access-to-information law, show that as of last year, 55.5 per cent of appointees to federal agencies, boards and organizations were women, slightly above their proportion in the Canadian population.

But the Liberals' "merit-based" process for appointments has screened out 61.8 per cent of visible-minority candidates as insufficiently qualified, compared to 37.6 per cent of applicants who are not visible minorities.

Visible-minority applicants who made it past that cut and into job competitions were less likely to be recommended or appointed.

"This is one of the reasons why we need to know what constitutes merit," said Kathy Brock, a politics professor at Queen's University who has studied the changes in the appointments system.

"What are the criteria that are being used to screen people, and embedded in that criteria are there certain considerations that have a negative impact on those communities?"

Despite the changes, final say still sits with the responsible minister or the Prime Minister's Office, meaning a partisan lens remains in place on appointments, Brock said.

Months after taking power in late 2015, the Liberals changed how the government makes hundreds of appointments each year to positions such as the boards of Crown corporations and tribunals that make decisions on benefit payments and immigration claims. The majority are part-time. They don't include senators, judges or officers of Parliament such as the ethics commissioner, who are not chosen with the same process.

Before 2015, governments simply decided who would get what position, often giving posts to party loyalists. The Liberals promised to make appointments based on merit, where applications are open to anyone and selection committees recommend names based on precise criteria.

"The Government is striving for gender parity, and seeks to ensure that Indigenous peoples and minority groups are properly represented in positions of leadership," spokesman Stephane Shank said in an email, calling the number of visible minority applicants "encouraging."

He said that as of April 30, 2019, the Liberal government has concluded 1,100 appointments under the new process, and that 13 per cent of the appointees self-identified as visible minorities. Another nine per cent identified as Indigenous.

The percentage of visible minorities currently serving in the roles, nearly doubled, from 4.4 per cent in November 2015 to eight per cent in May 2019.

About 4.5 per cent of appointees identified themselves as having disabilities, below the 15.5 per cent people with represent in the Canadian population.

The government documents show that eight per cent of female appointees had been placed in leadership positions. But they don't offer the same information for male appointees, so it's not clear how the sexes compare.

"It's that whole analogy of a big ship that has a big wake and you have to give it some space to move. That's what we're seeing here with the appointments," said Carole Therrien, who worked on such appointments in Jean Chretien's Prime Minister's Office.

Although upcoming openings are supposed to be flagged a year out, and recommended candidates vetted by Privy Council Office within four weeks, the new system has been oft criticized for leaving too many positions unfilled for too long.

The documents show that at the end of 2018, the selection processes for 181 positions had yet to start, including for some openings as distant as February 2020. The documents don't identify those positions.

A similar number of appointments - 183 - were sitting with the Prime Minister's Office or a minister's office awaiting approval.