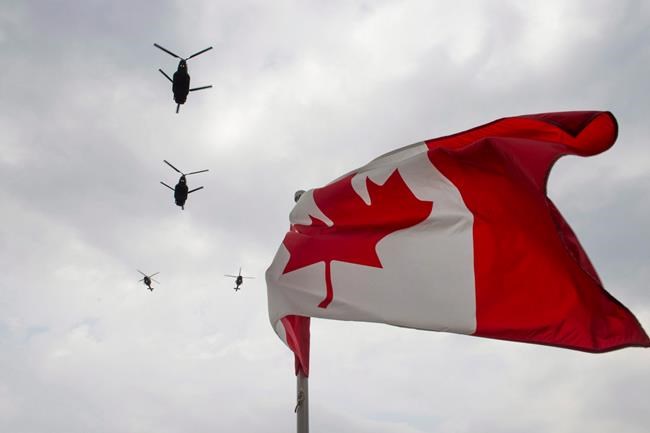 OTTAWA — Statistics Canada has offered a sobering assessment of the Canadian Forces' four-year war on sexual misconduct, suggesting in a new report Wednesday that the military has made only minimal progress on several fronts.

The report was the result of a survey of about 36,000 service members conducted by Statistics Canada for the military last fall, the second such survey after an inaugural run in 2016.

On the surface, the survey yielded several reasons for optimism: fewer military members reported having witnessed or experienced sexualized or discriminatory behaviour over the previous 12 months than in the first survey.

Yet military commanders were tempering any congratulatory messages given that the number who reported seeing or being targeted by such behaviour was still high: around 70 per cent in 2018 compared to 80 per cent in 2016.

"Experiencing repeated pressure from the same person for dates or sexual relations and offering workplace benefits for sexual activity did not decrease in either the regular force or the primary reserve," the report reads.

Even more worrying, the survey found that there had been only a negligible decline in the percentage of military personnel who reported having been the victims of sexual assaults over the previous 12 months.

According to the results, 1.6 per cent of regular-force members — about 900 full-time military personnel — reported having been the victims of sexual assaults over the previous 12 months. That compared to 1.7 per cent in 2016.

The rate among reservists was even higher, with 2.2 per cent — about 600 part-time military personnel — reporting they had been the victims of sexual assaults in the previous year, compared to 2.6 per cent in 2016.

During a news conference announcing the results, the military's second-in-command described the number of Forces members who continue to be affected by sexual misconduct as "completely unacceptable."

"We've always known that this would be a long and bumpy road, and the survey results released today confirm this," vice-chief of the defence staff Lt.-Gen. Paul Wynnyk said.

"Sexual misconduct continues to be a destructive problem within the Canadian Armed Forces, and we have made rather limited progress in eliminating it over the past two-and-a-half years."

The Statistics Canada report is the only latest to suggest the military's efforts to eliminate sexual misconduct have fallen short, after similar findings by the federal auditor general and the Forces' own investigations.

Despite this, Wynnyk refused to characterize the results as a sign of failure, noting that nine in 10 respondents felt complaints about inappropriate behaviour had been or would be taken seriously.

Similar numbers reported feeling inappropriate sexual behaviour was not tolerated in their units and that the military was working hard to create a workplace that prevents such activity.

Wynnyk stopped short of announcing any new measures to address the concerns raised by the report, saying the military's top brass needed to first analyze the results before deciding on a new plan of attack.

"Many of our efforts since 2015 have aimed to stop offensive behaviours and provide better care and support to those affected," he said. "These efforts continue to be necessary, but they don't get to the heart of the problem."

Commanders have grappled with the issue of sexual misconduct in the ranks since media reports in April 2014 that a large number of military sexual assaults were being ignored or played down.

An independent investigation by retired Supreme Court justice Marie Deschamps in April 2015 found an "underlying sexual culture" in the military that was hostile to women and left victims to fend for themselves.

In response, Gen. Jonathan Vance's first action upon taking command of the military in July 2015 was to launch Operation Honour, the name given to the effort to eliminate such behaviour in the Forces.

Note to readers: This is a corrected story. An earlier version provided the wrong number of reservists who reported being victims of sexual assault.