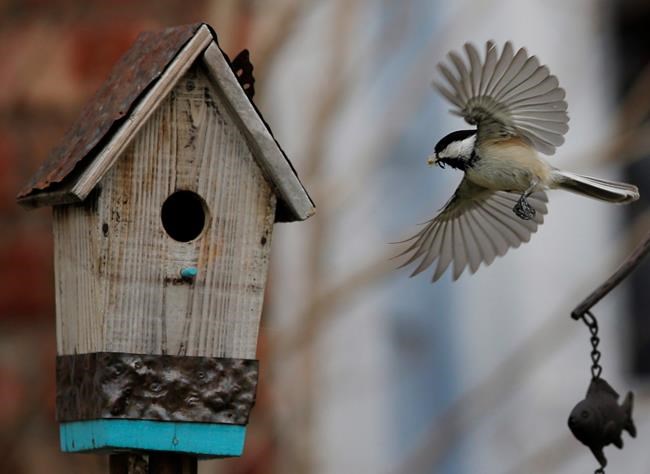 EDMONTON — Research from the University of Alberta is fledging out the idea that birds may travel in flocks but have personalities of their own.

Mathot has been looking into individual bird behaviour for years. In her most recent paper, published in American Naturalist, she looks at whether those different behaviours are simply reactions to different circumstances or something more deeply rooted.

She decided to study red knots, a medium-sized shorebird that putters around wetlands from Canada to Russia.

Red knots vary widely in how they explore new environments. Some stick to the familiar; some are bolder.

But why? Maybe varying behaviours are learned responses to varied experiences. Or maybe they're something else.

Mathot took advantage of a quirk of red knot biology.

The bird's diet consists of small clams and molluscs, but its stomach contains no acid to help digestion. Instead, its gizzard contracts and crushes the shell.

Gizzard size varies between birds and seems to be related in some way to boldness. Previous studies in the wild have found that bolder birds have smaller gizzards.

After that time, the differences between gizzard sizes shrank, but the personality differences were still there.

"What we found was that over the course of the study, the differences in exploration didn't disappear," Mathot said. "Those differences develop relatively early in life and they stay even when all birds get exactly the same experience.

"Behaviour is something that we normally think is incredibly plastic, that it's something animals can do very easily, and that's certainly true for lots of behaviours. But in this case, behaviours didn't change very much over two years."

It suggests that bird personality is more deeply rooted than simple response to accumulated experience. It also matters because it shows different traits are affected by different stimuli.

"What matters is not going to be the same answer for any trait you look at. The world is complex and that is wonderful."

Mathot has designed similar personality experiments for a variety of birds.

Chickadees, for example, vary widely in how they respond to threats. Some birds consistently return to a feeding site much sooner after a recorded danger signal is played than their flockmates.

Maybe they're just hungrier. Maybe they've figured the experiment out.

"They're clever enough to recognize it's not actual risk," said Mathot. "It's just us."

"Populations that have greater variety of behavioural types tend to be more resilient when conditions change. They can evolve at faster rates.

"There are all kinds of things that make variation between individuals important to have, so understanding how you get it is a really important question."