Skills and immigration: Mission-critical in this election and the 21st century 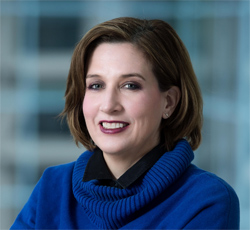 It is unfortunate that much of the political rhetoric around immigration tends to focus on “from where” and “how many.”

When business talks about immigration and workforce needs, we focus on “what skills,” “what sectors” and “what regions/communities.”

There are more than half a million unfilled jobs across this country.  There are labour shortages across all sectors, regions and communities. While economists and policy researchers understand the importance of the workforce gap in Canada, the scale does not often register with the average Canadian.

We’re facing an uphill battle as the Canadian population continues to age and fertility rates remain low. Canada’s workforce numbers will continue to decline, dragging down the economy and our standard of living with it. If we don’t take decisive action, we could be looking at shortage of a staggering 1.5 million workers by 2040.

The Conference Board of Canada estimates that increasing Canada’s immigration rate to just 1 per cent of the population through 2030 (up from the current .8 per cent) would lead to new Canadians contributing one-third of the national economic growth rate over the next three decades.

Yet there’s more to immigration success that a critical mass of workers. We need to ensure they will be able to do their jobs in an ever-evolving economy, and as technology advances. The very nature of work in the next century means that governments, the business community and employee stakeholders will need to work together to ensure that all Canadians have – and continue to develop – the skills to thrive.

On the surface, that appears to be a tall order. But it doesn’t have to be. Here’s three simple and pragmatic ways that all federal political parties can make immigration and skills development work together in their policy platforms, taken from the Canadian Chamber of Commerce’s Vote Prosperity platform:

1)  Supporting retraining programs alongside private sector upskilling/re-skilling initiatives to ensure that Canadians have the skills required for the economies of today and tomorrow.

2)  Allow regions and communities to select immigrants who can support their local needs by replicating programs such at the Atlantic Immigration Program in rural areas across the country.

3)  Using the relatively young, growing and largely untapped talent resources of the Indigenous workforce, ensuring they have the skills required to meet local labour shortages.

Just these three policy proposals could help Canada generate tens of billions to our economy over the next two decades. We need everybody to be “all in” on immigration and skills, because labour force growth and productivity are key to Canada’s economic well-being.

There are many reasons why workforce diversity is the right thing to do. There are still many more reasons why it is the smart thing to do. The best reason, however, is that it is absolutely, mission-critical necessary. It is no longer a question of if, but how. Will we rise to the challenge?

Leah Nord  – Director, Skills and Immigration Policy at the Canadian Chamber of Commerce