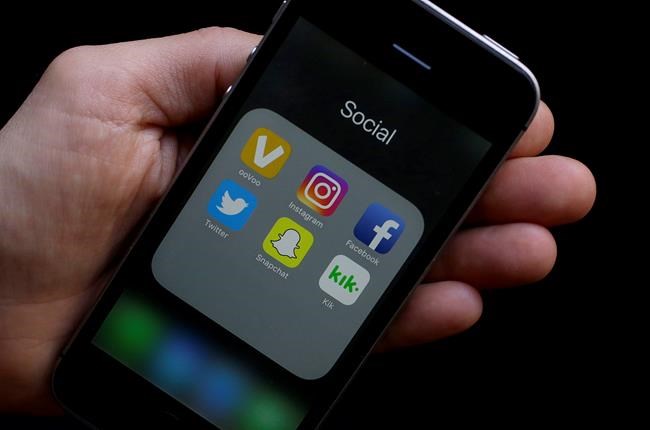 OTTAWA — Canada's military spies can collect and share information about Canadian citizens — including material gathered by chance — as long as it supports a legitimate investigation, says a newly disclosed federal directive.

The prospect of defence-intelligence agents having personal data about Canadians worries civil-liberties advocates because it is unclear just how much is collected incidentally from the vast reaches of cyberspace.

The Canadian Press recently obtained a copy of the eight-page, August 2018 directive, "Guidance on the Collection of Canadian Citizen Information," through the Access to Information Act.

The instruction to National Defence employees and members of the Canadian Forces says any information collected about Canadians must have a "direct and immediate relationship" to a military operation or activity.

But it also warns that "emerging technologies and capabilities" are increasing the possibility that such Canadian information will be scooped up inadvertently from open sources like social-media feeds.

Data about Canadians, whether it's collected intentionally or not, may be kept and used to support authorized defence-intelligence operations, the directive says.

The national-security and intelligence committee of parliamentarians is examining the directive as part of a study on how National Defence and the Canadian Forces gather, use, keep and share information about Canadians as part of their intelligence work.

The committee plans to deliver a special report to the prime minister on the subject this year.

It will be a follow-up to an April report from the committee that said the military has one of the largest intelligence programs in Canada, and it gets little outside scrutiny.

The committee, which examined thousands of pages and received several closed-door briefings, found that defence agencies carry out a full range of intelligence activities, collecting information through sensitive methods including technical means, human sources and investigations.

It said these activities involve considerable risks, including infringements of Canadians' rights.

The committee called for stricter controls on the military's spying, including the possibility of legislation spelling out when and how defence intelligence operations can take place.

This includes identifying, investigating and countering threats to the security of Canada's military from foreign intelligence services, or from individuals or groups engaged in espionage, sabotage, subversion, terrorist activities and other criminal activity as it relates to security concerns, she said.

As part of its mandate, the counter-intelligence unit may investigate Forces members and Defence employees, collecting information about them in the process, LaMarre added. But she said that doesn't mean the unit can "arbitrarily conduct surveillance on Canadian citizens," and investigations may take place only when there is a clear link to defence security interests.

Still, LaMarre said that in "an increasingly complex global information environment, and with Canadians constantly travelling all over the world," military-intelligence personnel may incidentally gather some information about them.

Under the directive, information about Canadians, including material collected inadvertently, can be retained to support authorized intelligence operations, or shared with other Canadian departments and agencies if the law allows.

Tim McSorley, national co-ordinator for the Ottawa-based International Civil Liberties Monitoring Group, finds that troubling given the vast amount of information that swirls daily through the digital sphere.

"We're worried about what it means when they collect inadvertent information," he said in an interview. "We don't know the scope or the degree to which Canadians' information is being captured."

As a result, there should be stronger legislative control and review of the military's intelligence collection and sharing to ensure it isn't straying beyond the bounds of privacy law and the Charter of Rights and Freedoms, he said.

"There can always be instances of over-reach, and that needs to be kept in check."