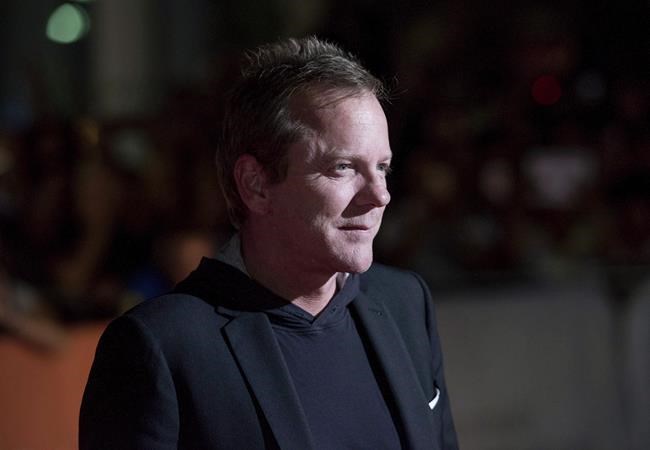 Douglas was the premier of Saskatchewan and leader of the New Democratic Party.

He was also known as the founder of medicare and the father of Sutherland's mother, Canadian actress Shirley Douglas, who was once married to Donald Sutherland.

Earlier this month cabinet minister Lisa MacLeod penned an op-ed that compared the fiscal policies of the Conservative government to that of Douglas, who served as Saskatchewan premier from 1944 to 1961.

Ford tweeted a link to the article and wrote: "It's time to make government work for the people again — not the other way around. I think Tommy Douglas would approve."

Sutherland, who grew up in Toronto, tweeted that he found Ford's comparison of their policies "offensive."

"Mr. Ford, your tweet has recently come to my attention and I can only tell you that you are correct, my grandfather Tommy Douglas was fiscally responsible," said Sutherland's tweet posted Monday.

"In addition to balancing the budget of Saskatchewan, he also provided the province with paved roads, health care and electricity. He did it all within four years.

"Contrary to your argument, it was never at the expense of social and human services to those in need. I personally find your comparison of your policies to his offensive. So I can only ask, as the grandson of this man, for you to stop posting his picture and using his name as part of your political agenda."

"P.S. You're lucky my mum's not active on Twitter."

When asked for comment, the premier's office did not address Sutherland's tweet directly, but said balancing the budget was priority for the government.

"The facts are simple. Despite what others have said, we've increased funding for health care by $1.3 billion and education by $700 million," said director of communications Kayla Iafelice.

As the Progressive Conservative government tries to eliminate an $11.7-billion deficit it is axing or reducing some programs and services, such as cancelling a planned $15 minimum wage, scrapping a basic income pilot project, and cutting funding to legal aid, stem cell research, a tree planting program and the arts.

"I used to like this show," she quipped about the series, in which Sutherland stars as a U.S. president.

"Alas, it’s more difficult to be a politician than pretend to be one on TV," MacLeod wrote.