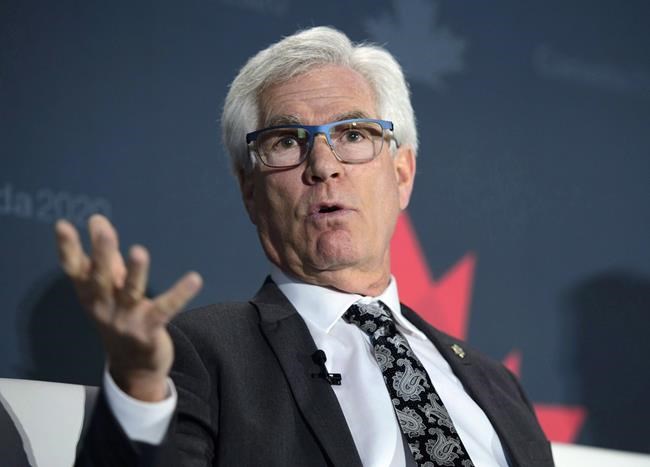 Success is a long way down the road.

The latest sessions were in Japan for the G20 Ministerial Meeting on Trade and Digital Economy. During the conference, Carr met ministers and officials from other countries to pursue the reform the WTO, which is supposed the international trade referee. The Ottawa Group wants it to become better at dealing with market-distorting measures such as industrial subsidies and global excess capacity in various sectors.

A more potent WTO would also be helpful in Canada’s dispute with China about its rejection of canola and other crops on unproven grounds.

“Canada strongly believes that inclusive trade is key to the prosperity and growth of our country,” Carr said after the G20 meeting in Japan. “Growing protectionism and trade tensions pose a risk to the rules-based trading system.”

“We fully support efforts to keep the world’s trading system fair, predictable and rules-based,” he said. “Simply put, the status quo is not an option. Maintaining and modernizing the multilateral trading system is critical for Canada’s agrifood exporters.”

WTO reform is essential for it to remain credible and relevant, he said. “We urge all members to safeguard and strengthen the WTO dispute-settlement mechanism and to resolve the current impasse in appointments to the WTO Appellate Body.” Canada needs to do what it can to ensure rules-based trade prevails, Innes said.

Last month Carr was in Paris for a meetings of both the Organisation for Economic Co-operation and Development and the Ottawa Group. The discussion on WTO reform focused on its dispute settlement system, negotiating function and transparency and notifications.

The Ottawa Group plans to keep pushing its agenda, Carr said. “Canada strongly believes that global prosperity and trade that works for everyone are at the core of a fair and modernized rules-based international system. We are seeking ways to improve the rules and institutions that govern this system to the benefit of Canadians and others around the world.”

At the conclusion of last fall’s meeting in Ottawa, the members said “The current situation at the WTO is no longer sustainable. Our resolve for change must be matched with action; we will continue to fight protectionism and we are committed politically to moving forward urgently on transparency, dispute settlement and developing 21st Century trade rules at the WTO.”

A key item in the WTO reform discussions is addressing U.S. concerns with its trade dispute resolution system, which has been hobbled by the U.S. refusal to appoint members to its Appellate Body, which makes rulings on disputes.