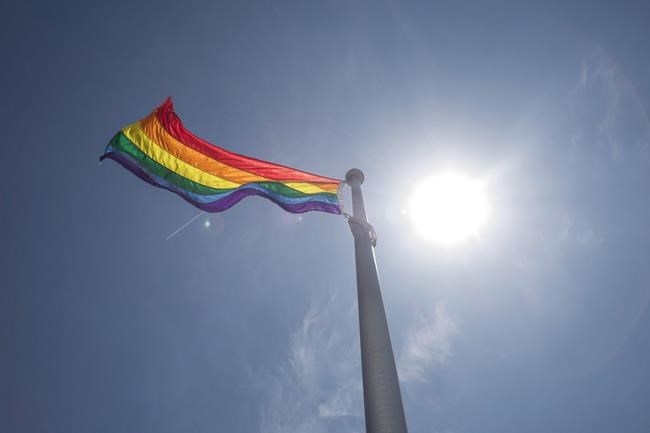 So instead of grumbling about the lack of replacement events, he decided to plan another celebration — a grassroots assembly that downplayed jubilation and drew attention to the lingering unrest and underrepresentation felt by marginalized LGBTQ voices.

He booked a lineup of speakers to address transgender issues, youth emergency shelters, and two-spirit people. Perhaps it wasn't the festive atmosphere many people came to expect on Edmonton's usual Pride weekend earlier this month, but Goncalves was focused on healing the divide.

"I figured it would be a good step in the right direction to show we do care, that we do want to support all members of our community," Goncalves said.

"We have problems and we need to figure out how we can solve them."

Those sentiments will sound familiar to many in LGBTQ communities across Canada who in recent years have confronted questions about the future of their own local Pride events as inner turmoil — and external disagreements — wrack the organizations that run them.

Debates have waged about inviting uniformed police to local parades and whether Pride organizers should recognize the concerns of community members who say police are a threat to their safety. There's also discussion over how the presence of corporate sponsorship has commodified a social movement, and suggestions that minority voices are being silenced through a lack of funding.

And those disagreements are being made in sight of a straight, cisgender audience who often have their own opinions about how the LGBTQ movement should be shaped in Canada.

It's a complicated process without easy answers.

"A WAKE-UP CALL FOR EVERY PRIDE ORGANIZATION"

Most of the conflict can be traced back to 2016 Toronto Pride when Black Lives Matter staged a protest that held up the parade for about 30 minutes. The activist group made a list of demands, which included banning police in uniform from the parade, a point that dominated the conversation and created a rift within the community — police supporters on one side and sympathizers for people of colour and transgender folks on the other.

"That was a wake-up call for every Pride organization," said Parker Chapple, executive director of Calgary Pride.

"It just sort of rolled across the country."

The ripple effects were received differently in each community. Some Pride organizers chose to maintain the status quo on uniformed police while others sided with a ban, including Calgary Pride.

Chapple was hired two years ago as Calgary Pride's only full-time employee with the objective of fostering a better relationship within the LGBTQ community. It's a privileged position considering most Pride organizations across the country operate without a budget for staff, Chapple added.

"It's not so much that we're fractured, it's that we're challenged," they said.

"We're challenged to try to create understanding and empathy between a variety of different narratives and experiences. That, frankly, is a challenge that is being championed by volunteers."

Andre Grace, research chair for sexual and gender minority studies at the University of Alberta's faculty of education, believes the spirit of Pride protests is being lost in battles over race and immigration, which he sees as not necessarily linked specifically to the LGBTQ cause.

"These issues are very important, but they're actually doing damage because they pit one group against another within the LGBT spectrum," he said.

"We've lost this focus on larger issues and we're forgetting that LGBT folks still need to focus on the mainstream — our mainstream social institutions, mainstream communities — and have a presence there."

Grace suggested the conflicts threaten the future of Pride events.

"I think we'll see things like Pride festivals perhaps die, just gradually disappear, because people are going to say: 'If we want to do work, we need to do the work in ways where our efforts are better utilized,'" he said.

"If there's a lot of internal politics, and different groups are fragmenting the community because they're trying to raise these intersectional issues, then I think it's time to step back and question: Where does the LGBT (community) go in the future in terms of the social and cultural agenda?"

LOOKING TO THE FUTURE

Gary Kinsman, a Toronto author and activist who's a member of the No Pride in Policing Coalition, disagrees with suggestions that Pride festivals are in danger of extinction. He said they're merely taking a different shape where one major Pride event might break off into smaller political gatherings, with more centralized interests and fewer corporate sponsors.

"If the official Pride's not happening there will be people in our community who do it themselves."

Some of those events are already taking shape in cities like Vancouver and Toronto, which hosts its first-ever Alternative Pride this weekend. The ticketed festival operates independent of Toronto's Pride and without corporate or government funding, a structure they say allows them to "provide an artistic platform without censorship."

"Pride is so many things to different people... It could be you taking your kid to drag queen story time or going to (sober events) — and that's great and beautiful and perfectly valid," he added.

"We are trying to have a Pride that celebrates sexuality, gender identity and doesn't shy away from the seedier aspects of our culture and our history. That, I think, is important to us."

Three years after the Black Lives Matter protest, her leadership remains in the midst of strife, with Pride Toronto's voting members making a no-confidence vote in January, which led to its co-chair stepping down.

Nuamah said one question the LGBTQ community must ask themselves is whether Pride is "a celebration of those who have, in one way or another, managed to make it through their lives successfully... or is it about parts of the community that continue to struggle?"

"What happens when some members of this community receive the kind of acceptance they fought for, and other members of the community don't?" she said.

Coming to a resolution that satisfies everyone won't be easy, and it's a thought that's lingered with Goncalves since the parade cancellation announced by the Edmonton Pride Festival Society in April. He wonders how the organization will patch itself up before next year's events while addressing diversity and funding issues.

Goncalves said he hopes Edmonton's LGBTQ community discovers the value of sticking together, since "we're all fighting for the same thing at the end of the day."

"If we're not working together, we're working against each other."