Statistics Canada reports annual pace of inflation rises in May to 2.4 per cent 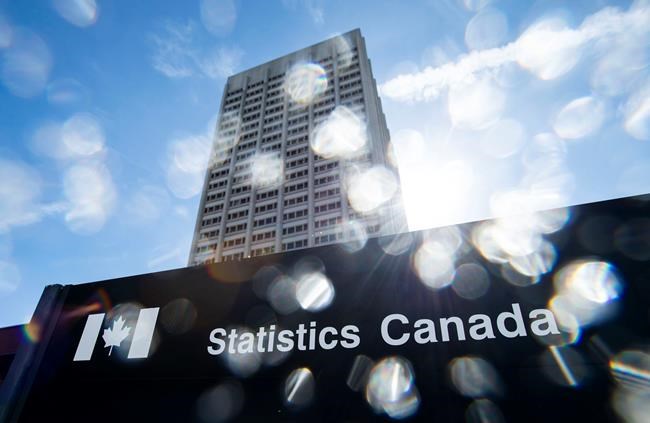 OTTAWA — The annual pace of inflation picked up in May as the consumer price index rose 2.4 per cent compared with a year ago, its largest increase since October last year, Statistics Canada said Wednesday.

The move compared with a 2.0 per cent increase in April and was the fourth straight month of rising year-over-year increases. Economists had expected an increase of 2.1 per cent for May, according to Thomson Reuters Eikon.

TD Bank senior economist James Marple said inflation is back in Canada, at least for now.

"While some of the factors pushing up price growth are likely to prove fleeting, we can't discount the relatively broad-based nature of price growth in May," Marple wrote in a brief report.

Statistics Canada said prices rose in all eight of the index's major components compared with a year ago.

The rise in prices put inflation above the Bank of Canada's ideal target for inflation of 2.0 per cent.

The Statistics Canada consumer prices report said the average of its three gauges for core inflation, which are considered better measures of underlying price pressures because they omit volatile items like gasoline, rose to 2.07 per cent compared with 1.90 per cent in April.

The Bank of Canada, which adjusts its key interest rate to keep inflation in check, has kept the rate at 1.75 per cent since October last year amid the economic weakness at the end of 2018 and the start of this year.

There have been mixed opinions among economists about what the Bank of Canada will do with its policy interest rate.

"The pick up in underlying inflation, which continues to trend around the two per cent target, highlights how the BoC is facing quite a different policy picture than the (U.S. Federal Reserve)," said Benjamin Reitzes, Canadian rates and macro strategist at BMO Capital Markets.

Reitzes said the May inflation report is one more reason for the Bank of Canada "to remain patient and resist the temptation to follow the parade of global central bankers sounding more dovish."

The U.S. Federal Reserve kept its key interest rate unchanged on Wednesday, but that it's prepared to start cutting rates if needed to protect the U.S. economy.

The Fed said Wednesday that uncertainties "have increased" and for that reason the U.S. central bank was prepared to "act as appropriate to sustain the expansion."

A survey of the 17 Fed officials showed that nearly half now expect at least one rate cut this year, with seven projecting two cuts.