Our bird populations need your help 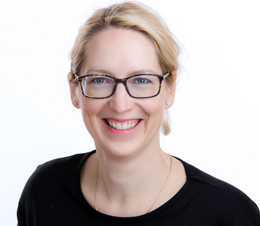 As summer emerges Canadians are enjoying nicer weather and the sights and sounds that nature brings us.

But bird songs, once a familiar sound, are become increasingly faint whether at the local park or in our own backyard.

The 2019 State of Canada’s Birds Report has been issued by Environment and Climate Change Canada on behalf of the North American Bird Conservation Initiative (NABCI).  It is the first report in seven years.

In Canada, NABCI is made up of many organizations and agencies that are supporting efforts to conserve birds and their habitats.  They include federal, provincial and territorial governments and land conservation groups such as Ducks Unlimited Canada and the Nature Conservancy of Canada.   Other members are Nature Canada, Bird Studies Canada, Wildlife Habitat Canada along with the Canadian Cattlemen’s Association, Canadian Electricity Association, Canadian Mining Association and the Forest Products Association of Canada.

The 2019 State of Canada’s Birds Report, released June 20, looks at the population trends of over 400 birds since 1970. While some birds are doing better thanks to conservation efforts, the report issues a stark warning – the diversity and abundance of Canada’s birds are declining.

The report, which can be found at stateofcanadasbirds.org/ also gives tips on how we can all help conserve birds by reducing plastic pollution, keeping cats inside and making backyards bird-friendly. The data was gathered by biologists, and by citizen scientists who play a valuable role in bird counts and monitoring.

Here are some of the key findings of the report:

Shorebird, grassland and aerial insectivore bird populations make up 80 per cent of all bird species that were assessed as threatened or endangered in Canada over the last decade.

The report cites reasons why populations have declined. They include habitat loss, unsustainable agricultural practices, climate change and pollution. These issues impact birds on their Canadian breeding grounds, during their migration and on their wintering areas.

The Nature Conservancy of Canada is working to protect habitat for many birds across Canda.  Here in Ontario, in Carden Alvar and Napanee Plain, the organization has focused its efforts on acquiring land for grassland birds, including the eastern loggerhead shrike. Also known as the butcher bird, this predatory songbird is more endangered than the panda. With less than 30 breeding pairs remaining in the wild, the eastern loggerhead shrike is one of the fastest-declining bird species in North America.

The federal government recently announced the Natural Heritage Conservation Program, with a goal of protecting 200,000 hectares of our lands and waters over the next four years. The Nature Conservancy of Canada and other members of the land trust community rely on this matching fund. We bring together private citizens, businesses and family and community foundations to help conserve important habitats for birds.

This year marks the 30th anniversary of the North American Wetlands Conservation Act. The resulting funding support from this agreement via the U.S. Fish and Wildlife Service, Canadian governments and conservation groups has been a major driver in the recovery of waterfowl.   Where investments have been made, continentally, in wetlands conservation for waterfowl, there has been recovery. This gives us hope that we can reverse the declines in other bird groups through habitat protection, community involvement and coordinated conservation efforts across the range of these birds.

Kathryn Folkl is the Nature Conservancy of Canada’s national director of North American Partnerships and a member of the North American Bird Conservation Initiative. She is based in Guelph.